Puri: After completing the nine-day long sojourn, the three gigantic chariots of the Holy Trinity have reached Singhadwara, the lion’s gate of Srimandir in Puri this evening on the occasion of Bahuda Yatra.

Following the morning rituals which started ahead of schedule at 5.20 am with ‘Senapata Lagi’, Mailam, Rosahoma, Tadapa Lagi, Abakash Puja, and Surjya Puja, the Trinity was brought out of the Gundicha temple in procession amid loud chants of “Jai Jagannath, Hari Bola” and noises of conches and ‘ghantas’ by thousands of ‘Sevayats’ and devotees. 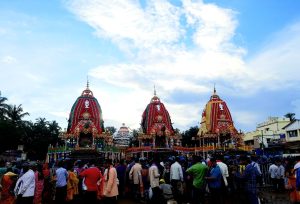 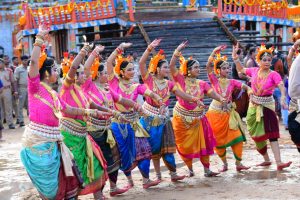 Lord Sudarsan was the first to be brought out of the temple at 7.55 am followed by Lord Balabhadra, Devi Subhadra and finally Lord Jagannath.

Adorning the “Tahia”, the deities were moved in a ceremonial procession with the symmetric rhythm of traditional instruments in a devotional surrounding along with the servitors arriving in “Dhadi Pahandi” to the respective “Rathas”. 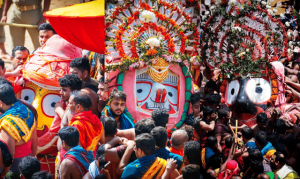 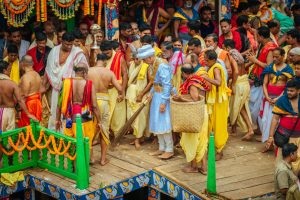 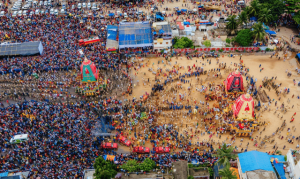 Lord Jagannath’s chariot ‘Nandighosh’, first halted at the cemetery of his Muslim devotee Salabega.  Prior to that, the left side rope of the Nandighosa chariot snapped twice at Bada Sankha, as a result, the chariot pulling was halted for about 20 minutes. 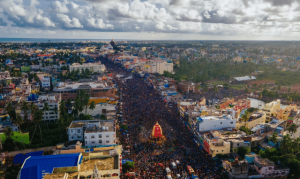 After halting at Bhakta Salabega Peeth for 10 minutes, the Nandighosa chariot was given turns five times near Balgandi Chowk during which, cracks were noticed on the chariot wheel. On the way, the trinity also halted at the Mausima temple where ‘poda pitha’ prepared by their aunt was offered to them. 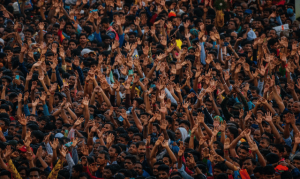 Before reaching the Srimandir, Lord Jagannath’s chariot was also halted in front of the palace of Gajapati Maharaja, where a ritual namely ‘Lakshmi-Narayana Bheta’ was performed. 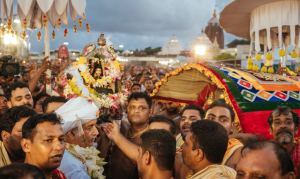 Lord Jagannath awaits Goddess Lakshmi’s arrival at the Shreenahara and proceeds on his journey after the meeting. 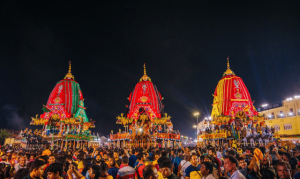 As the Bahuda Yatra heads towards its culmination, the chariots are welcomed at Lion’s gate or the Singhadwara of Puri temple. Thereafter, the ritual of Goti Pahandi is carried out, thus concluding the Rath Yatra.

Tomorrow in the Harisayana Ekadashi, the Holy Trinity will adorn their golden attire on their respective chariots. As devotees in large numbers throng Puri to catch a glimpse of the Lord’s Suna Besha, the district police have made elaborate arrangements and traffic regulations.