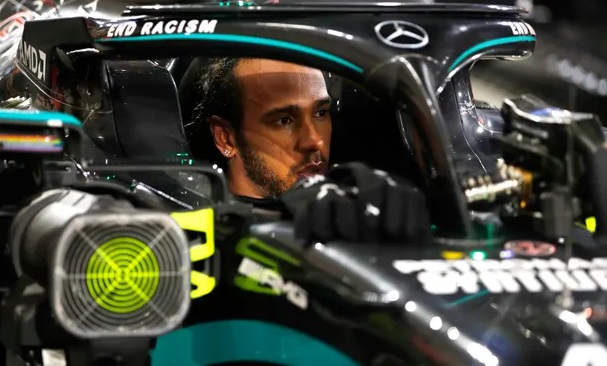 He now edges ever closer to creating the joint record of most wins in a year, with both Michael Schumacher and Sebastian Vettel tied on 13.

However, Hamilton’s win was overshadowed by Romain Grosjean’s terrifying and fiery accident. The entire paddock and viewers around the world held their breath when the French driver smashed into trackside barriers, his car splitting in two and being engulfed in flames.

Grosjean miraculously escaped with minor burns and injuries after his Haas pierced the barriers, ripped in half and burst into flames on the first lap of the race, leading to a red flag and delay of over an hour.

The Frenchman, who somehow clambered out of his cockpit while it was engulfed in flames before being rescued by marshals and an FIA medical official, was transported to hospital via helicopter where he is undergoing further evaluation.

Another unfortunate incident occurred when there were visuals of smoke coming out of the back of Sergio Perez’s car. The Racing Point-BWT driver was sailing to the third position in the race but it was soon cut short as something went wrong with his car. Perez had to pull over with flames starting to come out of the rear of his car with a Mexican flag.

11 Places In Odisha Record Below 15°C

Arjun Kapoor Flaunts His Well-Toned Biceps As He Sweats…