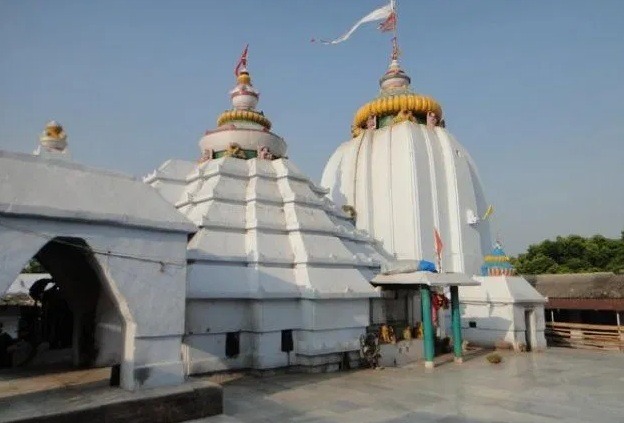 ‘Bada Osha’ Festival At Dhabaleswar To Be Held Minus Public

Cuttack: The famous Shiva seat, Dhabaleswar temple of Cuttack which had remained out of bound for devotees for last two years, will remain shut for pilgrims this year during Karttika brata and Bada Osha festival, the days which witness huge congregation at the island temple in river Mahanadi.

Covid guidelines had prompted the district authorities to shut the temple for the last two years. However, the administration has clamped section 144 in the temple area this year due to unsafe suspension bridge that connects the temple to the mainland.

The famous pilgrim spot on Tuesday wore a deserted look due to the prohibitory orders.

Khurdha Superintendent of Police (SP) Sidhharth Kataria who is in charge of Cuttack (Rural) said that safety of the devotees is important. As the hanging bridge is in an unsafe condition, devotees have been barred to visit the temple. The district administration has imposed section 144 on the temple premises to prevent mass gathering, he said. Hence, the Dhabaleswar festival (Bada Osha) will be held this year without public participation.

However, the servitors will be allowed to perform the rituals on the important days.

Devotees who were eagerly waiting to have a glimpse of Lord Dhabaleswar on Bada Osha and have Gaja Bhoga prasad of the Lord, expressed displeasure over the administrative move.

The administration took such decision to inspect the safety standard of the bridge. It is said that the government woke from its slumber after the bridge collapse incident in Gujarat.

Modi Gets Respect Globally Because India Has Deep Roots In Democracy: Ashok Gehlot