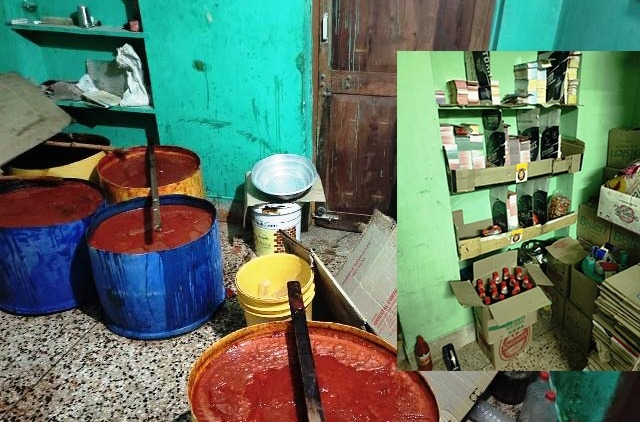 Police sources said the Bada Bazar area in the town has become a paradise for production of adulterated goods of daily consumption. This illegal trade has been going on for the past several years, the sources added.

Bada Bazar police late on Wednesday night had raided on the premises of a unit manufacturing ghee making factory. Nearly 140 litres of loose ghee and packing materials were seized by the police during the raid.

The owner of the illegal unit, E Rajeswar Patra, is currently serving a jail sentence in connection with manufacturing of adulterated tobacco. Police sources said Patra will be taken on remand shortly to glean more information from him about the adulteration units.

Reports said the Bada Bazar region and its surrounding are flourishing with fake and adulterated units. Police sources said raids were conducted at different places in Sukunda, Pathara, Gopalur and Haridakhandi in the past few days. The police have busted adulterated beverages unit, water packaging and bottling instruments and Gutkha manufacturing units.

Town SDPO Bishuprasad Pati, Bada Bazar Officer in Charge Prashant Bhupati and other staff conducted the raids at different places over the week to bust the adulterated units.

NCC being expanded in border, coastal areas of the country: PM Modi

CM Naveen Thanks Padampur For BJD’s Victory In By-Poll;…