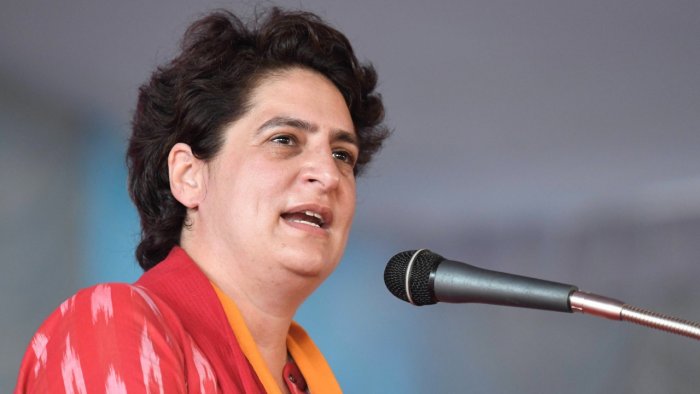 New Delhi: Congress general secretary Priyanka Gandhi Vadra said lack of planning has pushed the country to uncertainty as there is shortfall of Remedesivir and oxygen.

Meanwhile, Prime Minister Narendra Modi has acknowledged there was an oxygen crisis in the country and said every possible effort is being made to enhance its production.

Priyanka questioned why there is a shortage of oxygen when India is one of the largest producers in the world.

She said that Serosurveys indicated that a second wave is imminent but you the government ignored it. She also slammed that India was facing a shortage due to such decisions by the Centre. It has exported 1.1 million Remdesivir injections in the last 6 months, she added.

The Congress general secretary said the vaccine shortage is due to bad planning. She said the saffron party is busy with campaigning in West Bengal.