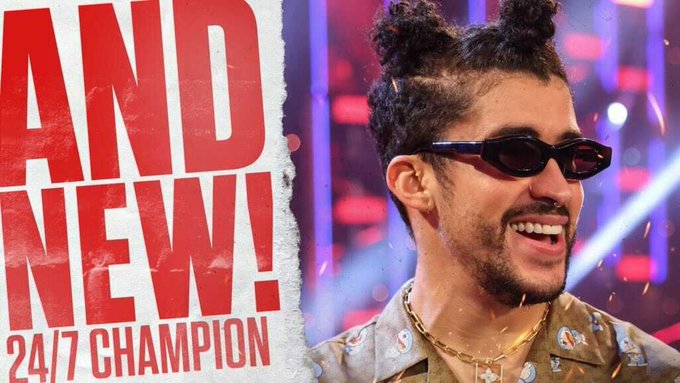 United States: Rapper Bad Bunny is the new WWE 24/7 Champion. During a backstage segment, Akira Tozawa won the title from R-Truth. Damian Priest attacked Tozawa and then Bunny pinned him to win the title.

Bunny will be the musical guest on Saturday Night Live so he might hold on to the title for a while and it could be possible that he will want to show of the title on SNL.

Bunny will be a recurring character up until WrestleMania. The current plan is for him to team with Priest against The Miz and John Morrison.

This is Bad Bunny’s first reign with the WWE 24/7 Title. Tozawa briefly held the title for his 8th reign, and Truth was enjoying his 49th run with the title.