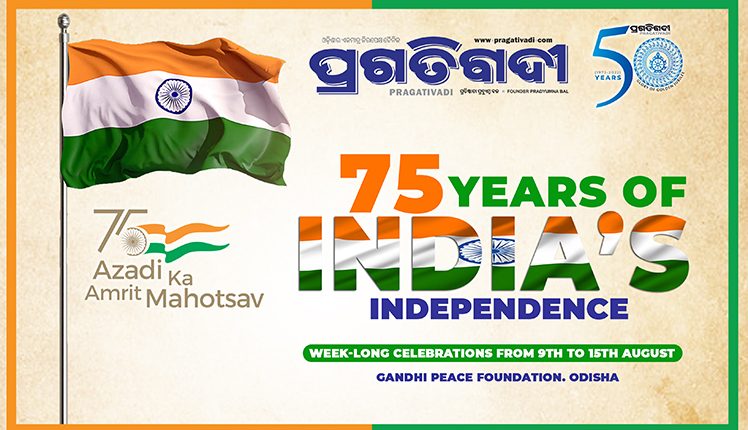 Bhubaneswar: Leading Odia Daily ‘Pragativadi’ and Gandhi Peace Foundation will be celebrating the Azadi Ka Amrit Mahotsav from the 8th of August for the next seven days till the 14th of August, 2022.

The week-long celebrations will kick start on Monday (Aug 8), with an inaugural ceremony at 5 pm at Pragativadi Office premises in Bhubaneswar, Odisha.

The event will also see the participation of eminent Freedom Fighters and Gandhian Scholars. “The Role of Indian Women in 75 Years of Independence” will be the theme for deliberation in the inaugural session.