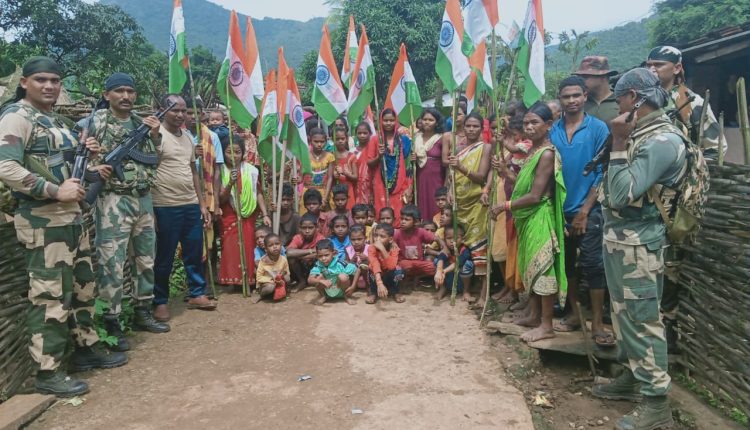 Malkangiri: Responding to the appeal of the government to observe ‘Azadi Ka Amrit Mahotsav’, the locals of Swabhiman Anchal and Mahupadar axis are wholeheartedly participating in the celebration of India’s 75th Independence Day. 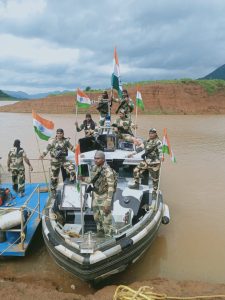 Joining the ‘Har Ghar Tiranga’ campaign, they are voluntarily hoisting the National Flags at their homes and organizing Tiranga rallies.

National flags were hoisted at all the schools and offices, houses, and boats in this area including remotest villages like Jantri, Ralegada, and Sarukabandh for the first time in the last three decades, which are situated adjacent to the AP border. The local people are voluntarily celebrating “Azadi ka Amrut Mahotsav” and even coming to the security camps to encourage the jawans, according to police.

Once considered to be the Headquarter of AOBSZC of CPI(Maoist), the Swabhiman Anchal (Cut-off area) from Jantri to Ralegada under Malkangiri district was the stronghold of the banned outfit for more than 2 decades until recently when things changed dramatically due to continuous efforts of government administration and security forces. 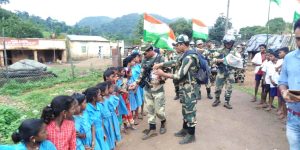 Maoists used to oppose the celebration of days of national importance like Independence Day and Republic Day by hoisting black flags. Hoisting of the Tricolour and other programs were not allowed even on government office premises. Instead, the Maoists resort to widespread violence on these occasions. The situation in the Mahupadar-Temurupally axis (Tulasi axis) was also the same. 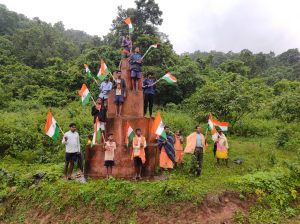 But, strong conviction and commitment of the government, police and administration could turn around the scenario and this year a new picture of Swabhiman Anchal can be seen. Initiatives were taken both in terms of security and development aspects. Several security camps were established in the remotest parts of the Swabhiman Anchal & Mahupadar axis and massive operations were conducted continuously by police in that area. Several development projects were launched by the government including roads, cell phone towers, ambulance services etc. Several welfare schemes were also launched by the government including the distribution of smartphones to the local villagers. 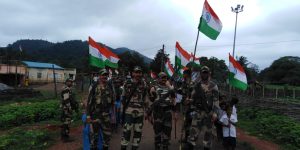 With all these steps, the Maoists gradually lost their ground and have to vacate these areas. As the locals tasted the benefits of government welfare programs and felt a sense of safety due to the efforts of the police, they are now disenchanted with the Maoist ideology and supporting the government by joining the mainstream, the police said. 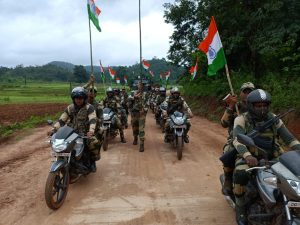