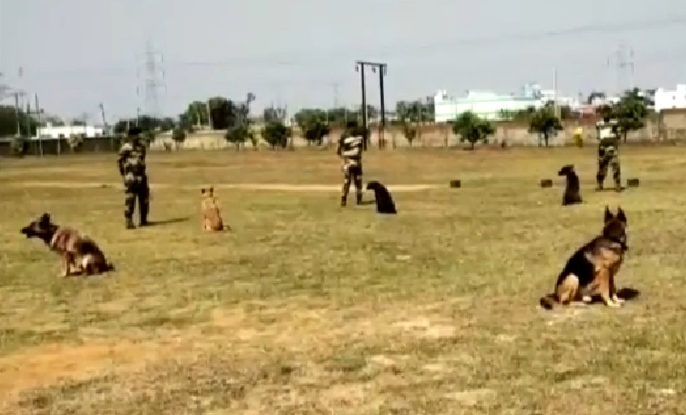 Koraput: The Border Security Force (BSF) organised a Dog Show as part of a motivation and awareness programme about armed forces at St Xavier High School, Jeypore in the district on Thursday.

As part of the campaign under ‘Azadi Ka Amrit Mahotsav’, a squad of 10 dogs of different breeds including Belgian Shepherd, German Shepherd and Labrador Retriever moved from Koraput BSF camp to Jeypore along with their trainers to display their skills.

“The aim of the show is to make students understand the dedication of the BSF towards national security and how they train the canines to work along with the security forces to make life secured for the citizens,” said Commandant Sajjan Singh Panwar in a lecture delivered on the occasion.

The fascinating show by BSF canine guards earned appreciation of the schoolstudents.These aggressive multi-purpose dogs assist the BSF in all special operations.

They are trained by National Training Centre for Dogs (NTCD) at Tekanpur in Madhya Pradesh.