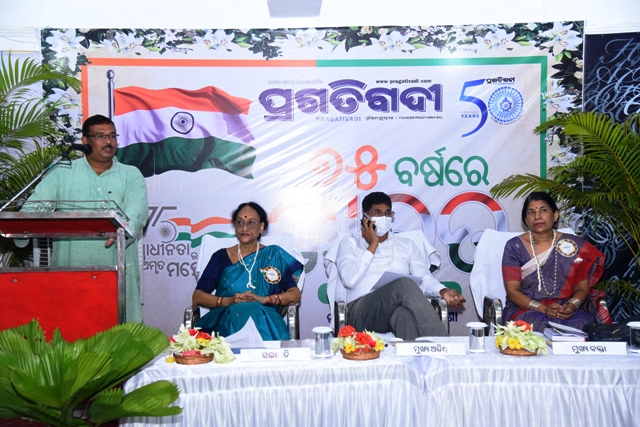 Bhubaneswar: The week-long ‘Azadi Ka Amrit Mahotsav’ celebrations, being held by leading Odia Daily ‘Pragativadi’ and Gandhi Peace Foundation to commemorate the spirit of India and its achievements in the past 75 years, entered Day 5 on Friday.

A seminar titled “Status of literature and culture in 75 years of independence” was organised today as part of the event. 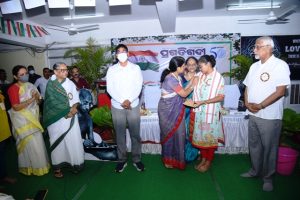 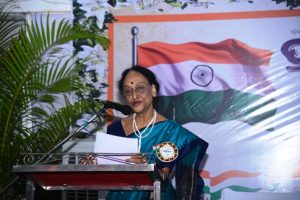 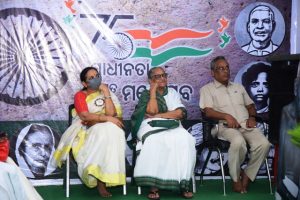 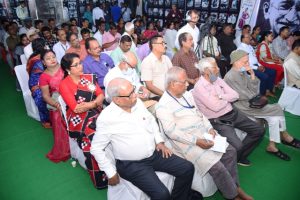 On the fifth evening of Azadi Ka Amrita Mahotsav, rich tributes were paid to the freedom fighters from Jajpur district Saunti, Sananda, Hadibandhu and Mayadhar, who were martyred in the freedom movement. 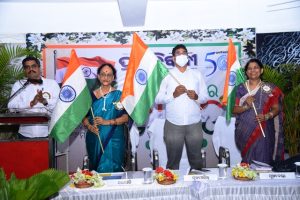 The event started with the hoisting of the national flag and singing of a patriotic song (Vijayi Biswa Triranga Payara) by the guests and staff of Pragativadi. 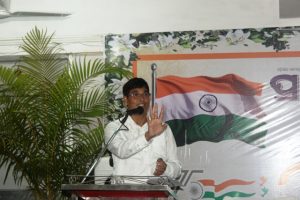 Addressing the gathering, Chief Guest Dr Arun Sahoo presented an interesting account of the state of literature and culture in 75 years of India’s independence. He said that the patriots like Mahatma Gandhi, Jawaharlal Nehru and others who brought freedom are being defamed nowadays and various unverified facts are being presented against them.  Citing the illusory truth effect, also known as the illusion of truth, the former minister described how, when we hear the same false information repeated again and again, we often come to believe it is true. 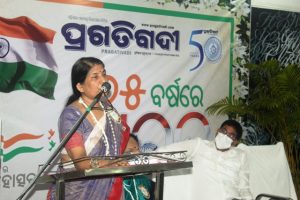 Chief speaker eminent poet and educationist Smt Chirashree IndraSingh presented how literature and culture have changed in the 75-year history of the country. She said that literature and culture are always variable which is necessary. But, the way our culture and literature are being exploited in the current times, should be stopped. She opined that if future generations fail to grasp our literature, culture and traditions, there will be the downfall of our country and entire race. 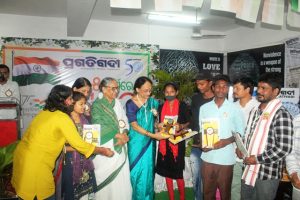 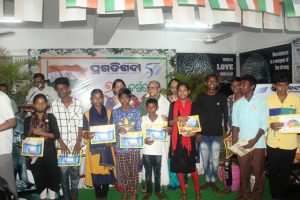 A felicitation programme was also held under the coordination of journalist Akshay Das. On the occasion, Mr Ratnakar, a volunteer of a social welfare organisation, Ashayen which works towards the betterment of underprivileged children through education, was felicitated for committing to the cause of Street Children and working tirelessly for the last several years in Bhubaneswar. Four meritorious children of Ashayen, Bharti Reddy, Madhav Laguri, P. Kalyan, and Nini Nayak, who excelled in the 10th Board Exam, were also felicitated by the guests. 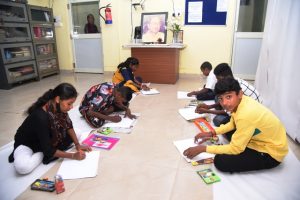 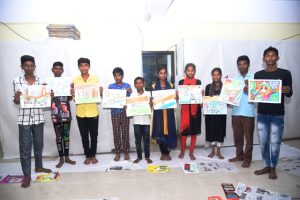 Besides, 10 students, who took part in the drawing competition on ‘Azadi Ka Amrit Mahotsav’ held in Pragativadi Digital Library today, were also awarded prizes and souvenirs. 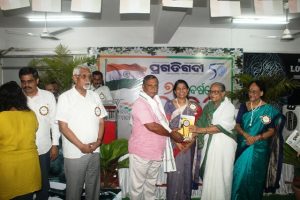 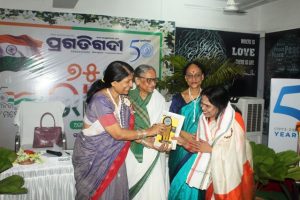 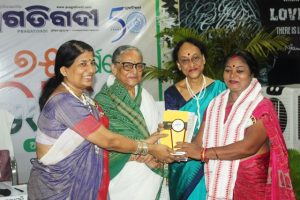 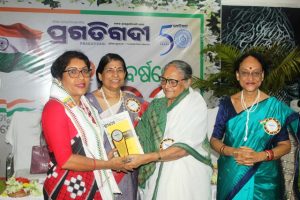 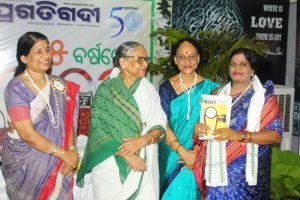 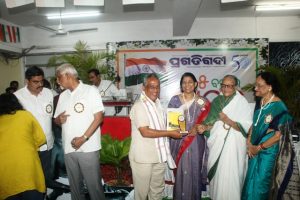 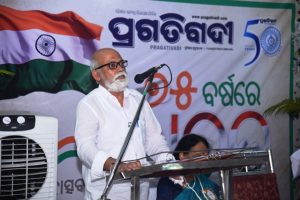 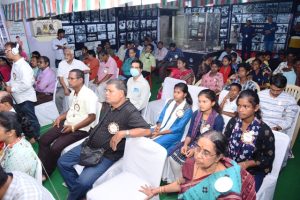 In the last phase of the program, administrative officer Biswaranjan Sasmal presented his views on Netaji Subhash Chandra Bose and Shaheed Bhagat Singh and their contributions to India’s freedom struggle.

Convener of Gandhi Peace Foundation Dr Biswajit delivered the welcome speech while Executive Editor and Publisher of Pragativadi, Birupakshya Tripathy coordinated the event and Pratap Kumar Sahu proposed the vote of thanks.