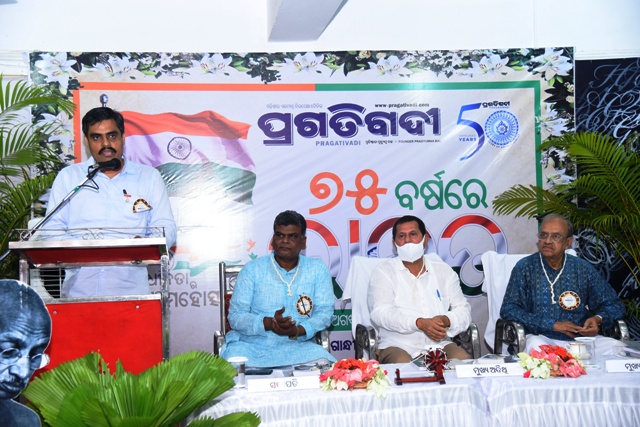 Azadi Ka Amrit Mahotsav At Pragativadi: Seminar Held On “State Of Republic In Democracy After 75 Yrs of Independence”

Bhubaneswar: The week-long ‘Azadi Ka Amrit Mahotsav’ celebrations, being held by leading Odia Daily ‘Pragativadi’ and Gandhi Peace Foundation to commemorate the spirit of India and its achievements in the past 75 years, entered Day 6 on Saturday.

A seminar titled “Status of Republic in Democracy in 75 years of independence” was organised today as part of the event. The sixth evening of Azadi Ka Amrita Mahotsav celebrations started with the hoisting of the National Flag and singing of a patriotic song (Vijayi Biswa Triranga Payara) by the guests and staff of Pragativadi. 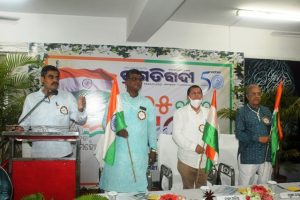 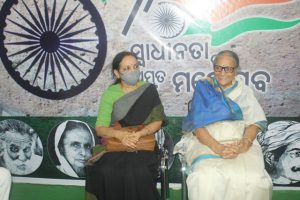 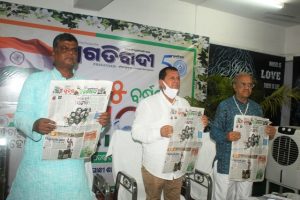 On this occasion, the IT Head of Pragativadi, Biswaprakash Patnaik present a brief introduction to the theme. He said that from his very childhood, his parents had instilled the morals and values of freedom fighters. “I had the opportunity to come in contact with a freedom fighter in my life. Rambha Devi from Gujarat was enjoying all the happiness in a wealthy family. But at the call of Rama Devi, she joined the freedom movement and came to Odisha leaving her son in the hands of family members in Gujarat.” Patnaik also requested the Gandhians present in the session to ascertain more information about the forgotten protagonist of our freedom struggle. 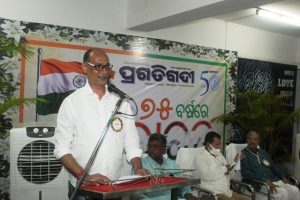 Patnaik said that after 75 years there have been three phases of revolutions. First is industrial, second is information and technology and lastly social media. He said that there is a huge difference between the society of the pre-independence era and the society of today. Now, even with money, Gandhism cannot be spread amongst the people. “So keeping in mind the current times, there is a need to propagate Gandhism through Artificial Intelligence (AI), which could be more effective,” he concluded.

Addressing the gathering, Chief Speaker Biswaranjan shed the light on the difference or the thin margin between Republic and Democracy. 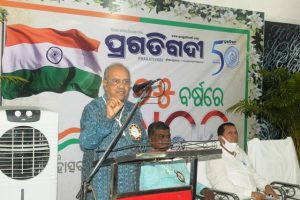 “Although democracy and republic both sound similar, there is a subtle difference. Rule by the people is called democracy. But equal rights, equal justice & equal opportunities for all is called a republic.” “Today after 75 years of independence, the republic has declined in democracy,” he added. 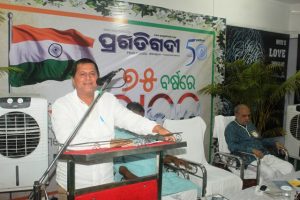 Gracing the event as Chief Guest Kandhamal MP Achyuta Samanta said that politicians are not the only ones to deceive but every sector of society is subject to deceit. Even if there are 4 members of the family today they are busy deceiving each other. Earlier leaders were ruling in front of the people and administrators or babus worked behind the scenes. But, they (babus) are now at the forefront. Parliamentary democracy does not mean only the Prime Minister or the Chief Minister, it is the people, he added. 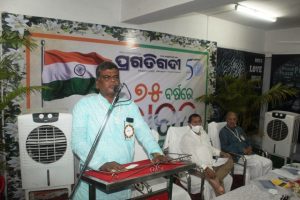 Presiding over the session, eminent Gandhian Mihir Pratap Das, said that once after the arrest of Gandhiji, NabaKrushna Choudhury went to the press to find out about the actual incident. He gave a letter to Narasingh Babu. After that, Nabakrushna Chowdhury along with Rama Devi and Malati Devi was arrested. But the message that Narsingh Babu conveyed sowed the seeds of rebellion in Badachana, he added. 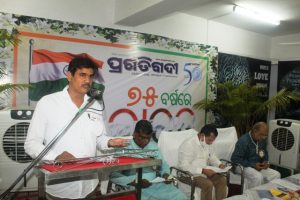 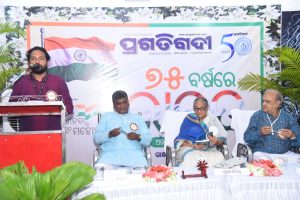 At the beginning of the program, Jagannath Padhi gave the welcome address while Gandhian Prashant Das introduced the guest. Executive Editor& Publisher of Pragativadi, Birupakshya Tripathy coordinated the session and Web Portal In-Charge Yajati Keshari Rout gave the vote of thanks. 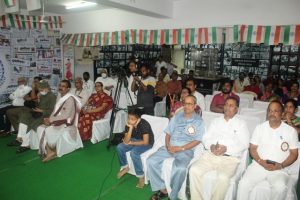