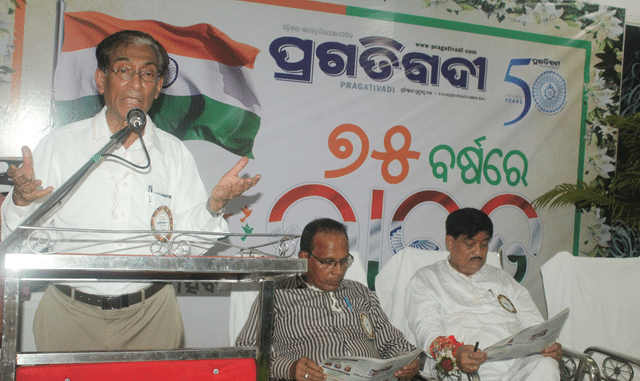 Bhubaneswar: “Education is the backbone of the country. Where education is not given priority, it is better not to talk about development. But the standards of education should be determined according to the changing times. Whether the education that was taught in less than 30 years has relevance and if it changes, in which direction the development is going. After the Second World War, Germany’s infrastructure was in ruins. When the planners discussed how to restore it, the first priority was to improve the education system. Within 15 years, Germany had left the world behind in terms of finance and technology, said eminent educationist Prof Dr Omkar Nath Mohanty.

A seminar titled “Status of Education in 75 years of Independence” was held on Day 4 of Azadi Ka Amrit Mahotsav celebrations at Pragativadi office premises on Thursday. The event was presided over by noted litterateur (Gopabandhu Das Research Chair, KISS Deemed to be University) Prof Dr Bijayanada Singh. Chairperson of Pragativadi, Smt Saswati Bal was also present on the occasion. 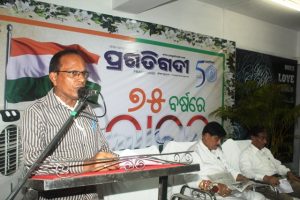 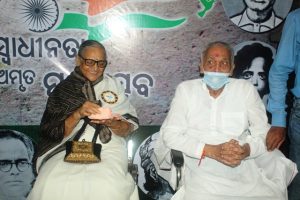 Joining the seminar as Chief Speaker, Prof Dr Omkar Nath Mohanty presented the state of education after 75 years of India’s independence. He said that there has been a lot of improvement in the Indian education system. After excelling in educational institutions in India, people like Microsoft CEO Satya Nadella, Google CEO Sundar Pichai and IBM CEO Arvind Krishna are leading the world’s largest IT companies. A company like Tata, which had a production capacity of 2.5 million tons, is now the 9th largest steel producer in the world, he added.

“In the field of technology, our predecessors were not inferior in any way,” Mohanty said adding, that the world is aware of the knowledge and findings by Aryabhata, Barah Mihir, and Odisha’s Samantha Chandrashekhar.

“India had the largest Nalanda University in the world. But 300 years before that, Odisha had Pushpagiri University. So in today’s education system, the focus should be given on analyzing knowledge and inventions of these great people and research should also be prioritized,” said the former Vice Chancellor of BPUT, Omkar Nath Mohanty.

Further, Mohanty said that the children should be allowed and encouraged to critical thinking and reasoning. He said that primary, secondary and higher education in the government education system seeks for more attention along with the crisis of teachers. 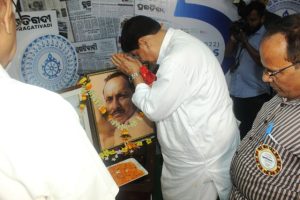 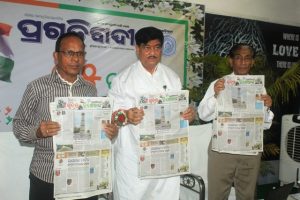 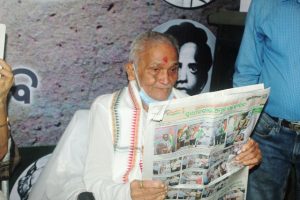 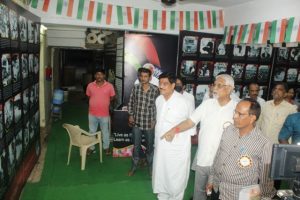 Mohanty said that according to Gandhiji, the development of the country is possible only through education and therefore, the standard of education should be improved. “Even after 75 years of independence, our country has not been recognized by the City Accord. Therefore, one should not just believe in the fairy tale of world-class education.

Professor Mohanty opined that there is a need to further develop the level of the present education system.

Gracing the event as Chief Guest Minister, Odisha Agriculture & Farmers’ Empowerment, Fisheries & ARD, Ranendra Pratap Swain, said that the attempts going on to eradicate Gandhiji’s ideology should be stopped. “We are celebrating the 75th anniversary of independence, so today we should emulate the 50 countries that got independence with us,” he said. 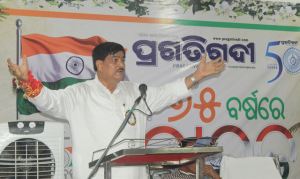 Swain said, “There are two categories of people in the country. While some are patriots, some are traitors. Those who criticise the power and actions of the government are being given Pakistan tickets. In 1942, Hindus, Muslims, Sikhs and Christians joined the Quit India Movement under the leadership of Mahatma Gandhi. However, the picture is different now.

“Those who did not believe in independence are running the country today. So the country is divided again. In such a situation, only education and morality can bind the country together,” Minister Swain concluded. 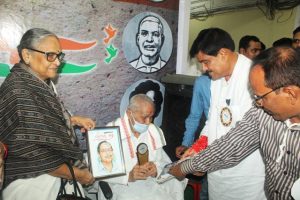 On the occasion, former minister Surendra Nath Naik was felicitated as the Special Guest, while senior journalists Baishnab Jena and Durga Sadangi were felicitated for their outstanding contribution in the field of journalism and efforts to preserve the Gandhian ideology. 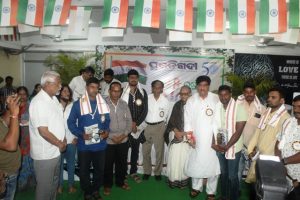 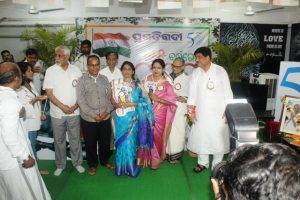 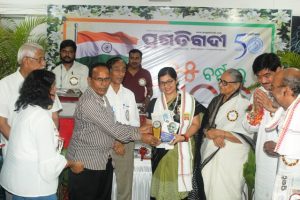 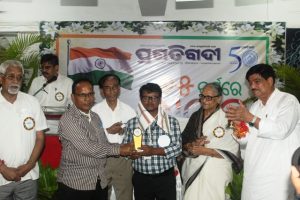 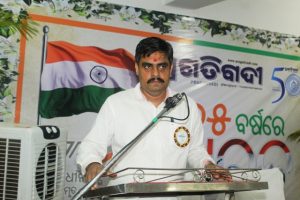 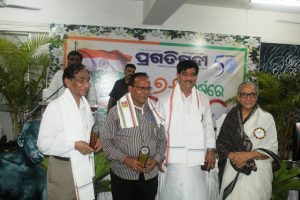