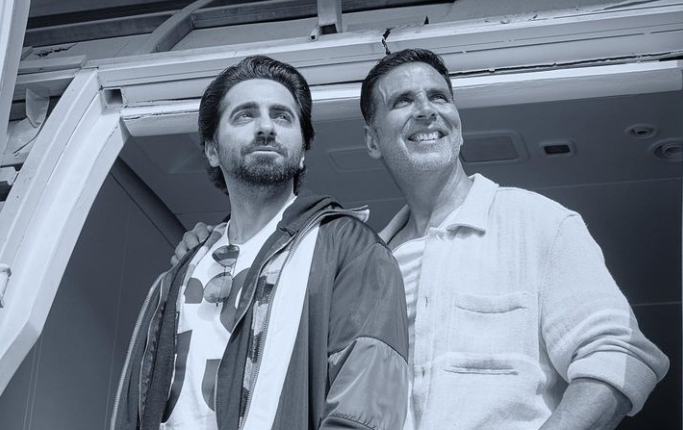 New Delhi: Bollywood actor Ayushmann Khurrana shared a special post for Akshay Kumar and thanked him for being a part of the movie An Action Hero.

Sharing the photo, Ayushmann wrote, “Flying high on the reviews and because the OG Khiladi is in the house (or rather plane) Thank you @akshaykumar sir for being a part of our film. We will always be grateful😇🙏🏽😎.”

‘An Action Hero’ is produced by Aanand L Rai and Akshay had also done an extended role in his directorial, ‘Atrangi Re’ post which there ‘Raksha Bandhan’ on which also Rai was a producer.