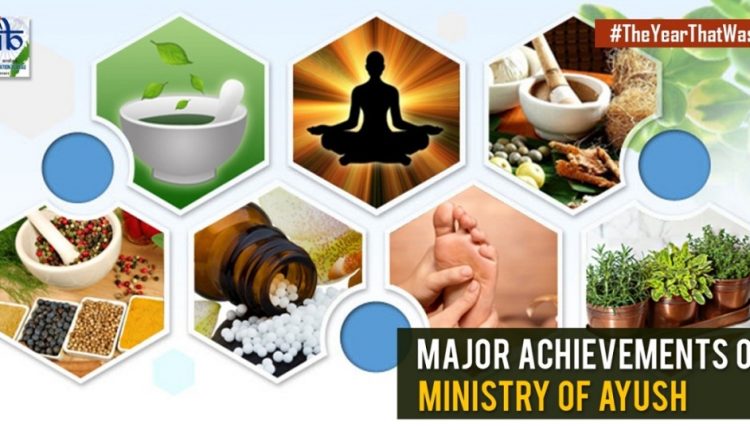 Ayush At Your Doorstep, North Eastern States Join Hands To Make It Happen

New Delhi: All North Eastern states are joining hands to promote the Ayush System of Medicines and its preventive, curative, and rehabilitative aspects. In a significant step, the Ministry of Ayush is organizing a conference on 28 August in which Ayush and Health Ministers of all the North Eastern States are participating.

Union Minister of Ayush Sarbananda Sonowal, MoS for Ayush Dr. Munjapara Mahendrabhai, and  Himanta Biswas Sharma, Chief Minister of Assam along with other dignitaries will grace the occasion. The conference will be held at Assam Administrative Staff College, Khanapara, Guwahati.

The northeastern States have been blessed with natural resources and traditional practices which contribute to the core strengths of Ayush systems of medicine. In this regard, it is felt that Ayush systems can be efficiently mainstreamed and can become more popular in the northeastern states.

This conference will open the door for all northeastern states to bring benefits of Ayush systems of medicines effectively and collaboratively to the masses and increase its awareness among them about its preventive, curative, and rehabilitative aspects, especially its role in Covid management.

The Ministry of Ayush Under the National Ayush Mission(NAM) has given due attention to the development of the Ayush infrastructure in the North-eastern region. Support for the establishment of new 50 bedded integrated Ayush hospitals, co-location of Ayush systems at public health facilities like PHCs, CHCs, and District Hospitals has been supported by the Ministry.

In the past Ministry also supported the promotion of medicinal plants by promoting cultivation activities in the region.

This will enable to strengthen the Ayurveda education in this region. Moreover, during the pandemic of covid-19, the infrastructure, including manpower, was also utilized to benefit the people in the region.

Pak, India Should Sit Together To Resolve Outstanding Issues: Taliban