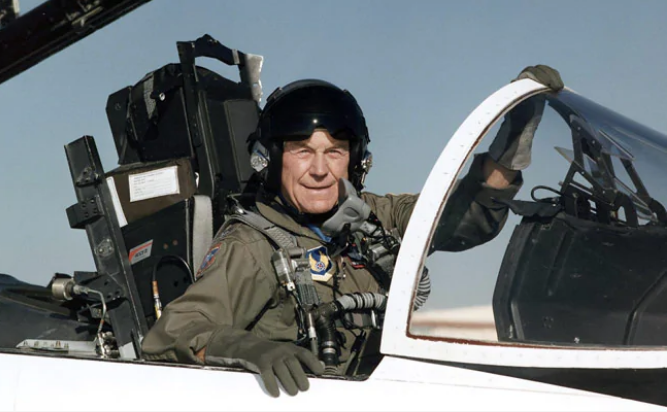 Washington: US aviation legend Chuck Yeager, the first pilot to break the sound barrier, has passed away. He was 97.

“It is w/ profound sorrow, I must tell you that my life love General Chuck Yeager passed just before 9pm ET,” Victoria Yeager tweeted on her husband’s account.

A World War II fighter pilot, Yeager, 97, rocketed into history by breaking the sound barrier in the experimental Bell X-1 research aircraft in 1947, helping to pave the way for the US space programme.

Born on February 13, 1923 in the tiny town of Myra, West Virginia, Yeager grew up fixing pickup trucks alongside his father.

He joined the Army Air Corps in September 1941, three months before the US entered World War II, and started out as an aircraft mechanic before undergoing flight training.