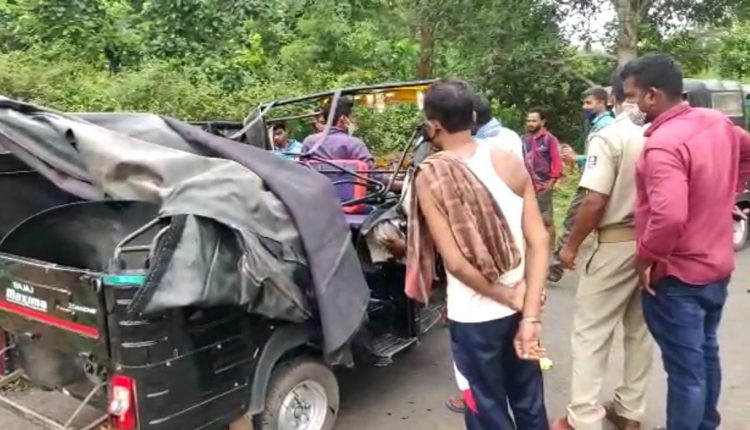 Daringbadi: As many as 25 people were injured after an auto-rickshaw they were traveling in overturned near Simnabadi Medical Chowk on National Highway 57 under Daringbadi police station limits in Kandhamal district.

An auto-rickshaw, carrying around 25 people, was en route to Kadaspata village under Patramaha panchayat from Arakamba village under Tilori panchayat when the vehicle driver lost balance and the auto-rickshaw turned turtle in the road near Simnabadi Medical College and Hospital at around 2.30 pm on Monday.

As a result, all the passengers including children, elderly were injured and the vehicle got badly mangled in the accident. Of the injured, four critically injured were rushed to Baliguda hospital by 108 ambulances, while others were rushed to Simnabadi hospital. The four critically injured were identified as Chintu Malik (16), Kaniri Malik (60), and Lalita Pradhan(35), and a one-year-old girl child of Arakamba village.

In compliance with the direction of Daringbadi PS IIC Kaushik Majhi, ASI Birendra Pradhan and Umacharan Pradhan reached the spot and seized the ill-fated auto. They also inquired about the health of the injured persons at the hospital.