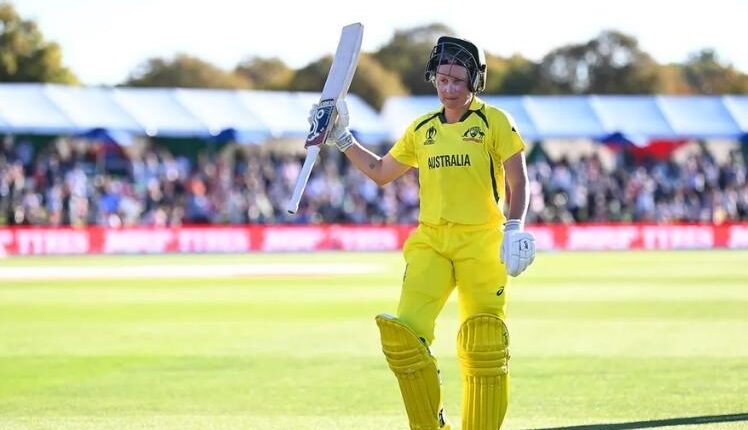 Healy added her name to the prestigious roll-call of previous winners, joining former Australia captain Karen Rolton (2005) and international stars (England’s Claire Taylor in 2009, New Zealand’s Suzie Bates in 2013 and England’s Tammy Beaumont in 2017) as contemporaries that have also won the coveted award.

The wicketkeeper-batter scored more runs than any other player in New Zealand, with her centuries in the semi-final and Final of the tournament helping Australia take home a record seventh World Cup title.

Healy amassed a whopping 509 runs from nine innings during the 50-over showcase, with her two half-centuries and two superb hundreds highlighted by the match-winning 170 against England in the title-decider.

The 32-year-old averaged 56.55 with the bat and also contributed eight dismissals (four catches and four stumpings) behind the stumps as keeper.

The six-person panel that judged Healy as winner was made up of commentators Lisa Sthalekar, Nasser Hussain and Natalie Germanos, journalists Alok Gupta and Kristy Havill and convenor Chris Tetley from the ICC.