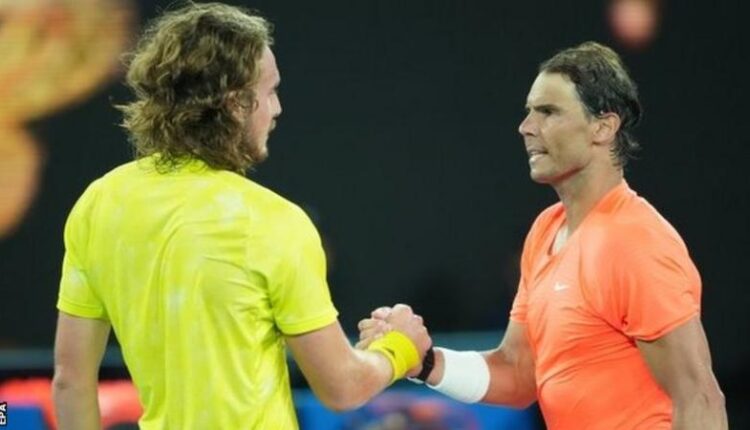 Rafa who had secured his 13th quarter-final spot by beating Fabio Fognini 6-3 6-4 6-2, was on course for a comfortable victory, but Tsitsipas had saved his best for the last sets and turned the match around.

The fifth seed also became the only third man to have rallied from two sets down to beat Rafa at a Grand Slam.

Tsitsipas will meet Russian Daniil Medvedev for a place in the final. Tsitsipas’ next hurdle will be Russia’s Daniil Medvedev who outclassed Andrey Rublev 7-5 6-3 6-2 to book a spot in the semi-finals. Medvedev extended his winning streak to 19 matches.

The other semis will be between world number one Novak Djokovic and Russian Aslan Karatsev on Thursday.