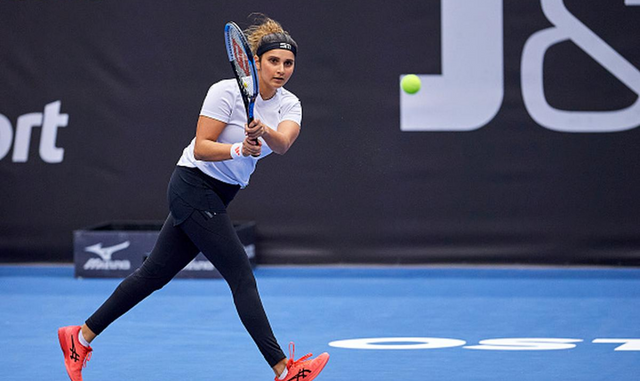 Melbourne: India tennis ace Sania Mirza and her partner Anna Danilina of Kazakhstan lost 4-6, 6-4, 2-6 to Alison Van Uytvanck and Anhelina Kalinina in the second round of the women’s doubles at the Australian Open on Sunday.

Mirza and Danilina fought back as they won three games in a row. They got a crucial break in the seventh game when Kalinina and Van Van Uytvanck hit a forehand wide, sending the match into the decider.

However, in the third set the Indo-Kazakh were not able to carry forward the winning momentum as they were broken thrice. Mirza is, however, still alive in the mixed doubles draw with veteran Rohan Bopanna. The duo had dispatched locals Jaimee Fourlis and Luke Saville 7-5 6-3 in their opening round on Saturday.

Sania, who had announced that the Australian Open would be her final Grand Slam appearance before she hangs up her boots in February after a WTA 1000 tournament in Dubai, will be in action on Tuesday in mixed doubles second round along with her compatriot Rohan Bopanna.