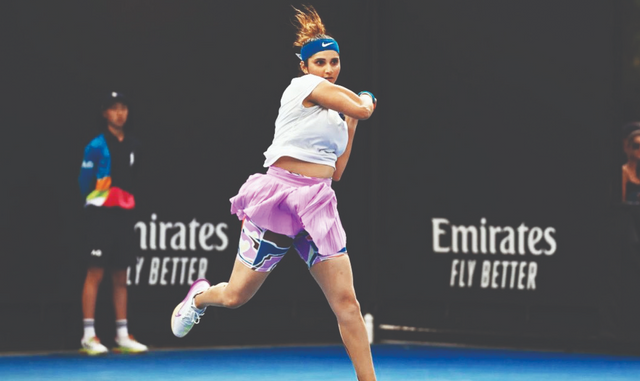 The unseeded Indian pair knocked out third seeds Desirae Krawczyk and Neal Skupski 7-6(5) 6-7(5) 10-6 in the semifinal that lasted one hour and 52 minutes.

After sets levelled at one-one, the Indian managed to make a commanding lead in the tiebreaker. Sania hit a stunning backhand which earned her three points and she sealed the contest with a drive volley which Krawczyk could not return.

“It was an amazing match, there was a lot of nerves. It’s my last slam and it’s so special to play with Rohan. He was my first mixed doubles partner when I was 14 and today I’m 36 and he is 42 and we are still playing, we have a solid relationship,” Sania said after the match.

Sania has announced that the WTA event in Dubai in February will be her swansong.

“We are excited to come back here and give ourselves another chance. We were playing the best mixed doubles pair on Tour and had to come up with the best,” she said about the rival players from USA and England.