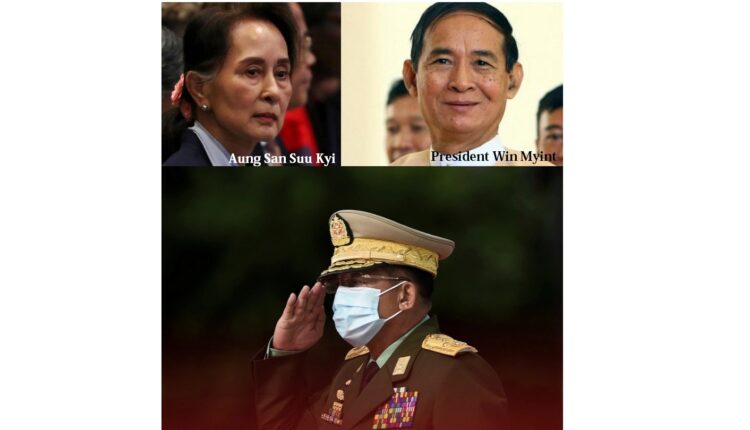 Naypyitaw: Myanmar’s military has taken power and declared a state of emergency after detaining civilian leader Aung San Suu Kyi and other senior government officials in a series of early morning raids.

The move came after days of escalating tension between the civilian government and the powerful military that stirred fears of a coup in the aftermath of an election the army says was fraudulent.

The spokesperson of the governing National League for Democracy (NLD) confirmed the development, saying that he also might not be immune from arrest.

He urged people to not “respond rashly.”

Myo Nyunt, the spokesperson for NLD, told reporters that besides Suu Kyi, President Win Myint and other senior leaders were also “taken.”

Another lawmaker revealed that Han Thar Myint, a member of the party’s central executive committee, was also detained.

NLD won elections with a massive majority in November but the country’s powerful military levelled allegations of fraud, claiming that it unearthed over 10 million cases of cheating.

The stand-off escalated last week when General Min Aung Hlaing, the chief of the military, said that the “country’s 2008 constitution could be revoked under certain circumstances.”

Panic and uncertainty, naturally, took over Myanmar on Monday, with communication to capital Naypyitaw becoming difficult. The Parliament’s session was due to start today.

A Nobel Peace Prize winner, Suu Kyi came to power in 2015 after a historic election win, that was preceded by decades of house arrest of leaders.

Her international stature was dampened when thousands of Rohingya fled from the Rakhine state in 2017 due to the atrocities conducted by the military.

The Rohingya crisis, notwithstanding, the 75-year-old remains largely popular in the nation.