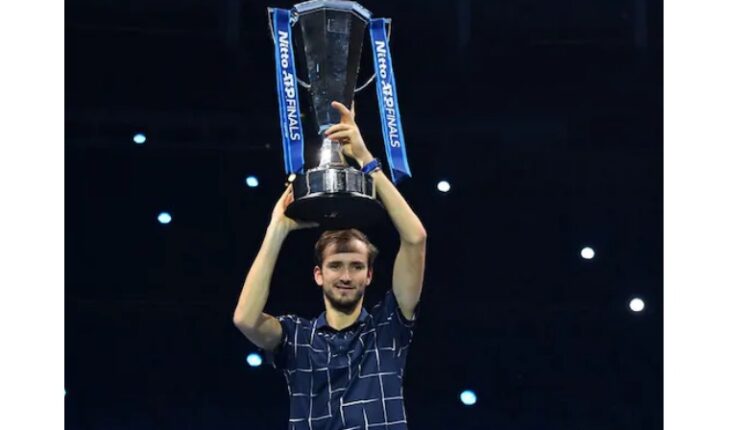 London: Daniil Medvedev won the biggest title of his career on Sunday, battling past US Open champion Dominic Thiem 4-6, 7-6(2), 6-4 to win the Nitto ATP Finals.

By switching tactics and coming back for a 4-6, 7-6 (2), 6-4 victory over U.S. Open champion Thiem in Sunday’s final, No. 4 Medvedev became the first player to defeat each of the men ranked 1-3 in the season-ending championship — and only the fourth to do so at any tour event since 1990.

The comeback against No. 3 Thiem, which lasted more than 2½ hours, added to victories Medvedev produced against No. 1 Novak Djokovic in the round-robin portion of the tournament and No. 2 Rafael Nadal in Saturday’s semifinals on an indoor hard court. Spectators were barred because of the coronavirus pandemic.

Wesley Koolhof and Nikola Mektic won the ATP Finals doubles championship for their first title as a pair. They beat Jurgen Melzer and Edouard Roger-Vasselin 6-2, 3-6, 10-5 in Sunday’s final.