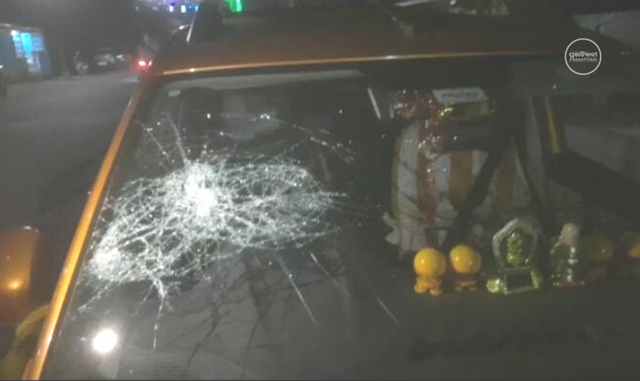 Athagarh: A Sub Inspector (SI) of Dhenkanal Police, Chandrakant Sethi was injured in an attack by a group of miscreants, believed to be supporters of youth accused in a kidnapping case.

According to the incident, a young woman of Gundichapada village under Dhenkanal Sadar PS was allegedly abducted by a man of a minority community.

On the basis of a complaint filed by the woman’s family, the Sadar Police filed a case (580/2022) and started an investigation. Even though the incident took place on November 15, the police could not arrest the accused.

According to a source, the accused was living in Pankal Village under Tigiria Police Station limits in Cuttack District. Based on the information, the police team came twice to investigate but in vain.

Today, the police team from Dhenkanal reached Nuapatna bazaar in plain clothes and in a private car. When the cops were trying to pick up accused Jagu of Pankal village for questioning, a group of men attacked the police team and vandalized the car.

Police SI Chandrakant Sethi was seriously injured in an attack and was rushed to SCB Medical College and Hospital for treatment. The miscreants even snatched away his service revolver before fleeing from the spot.

Later, Tigira police reached the spot and recovered the wrecked car while efforts are on to recover the service gun.

If sources are to be believed, 20 to 30 youths were keeping eyes on police movement and after they spotted the 5-member police team in plain clothes with sticks trying to grab the accused, they ambushed them and attacked.

As per the latest reports, Tigiria police have been conducting searches at various locations but is yet to trace the miscreants and the missing service revolver of the injured Police SI.