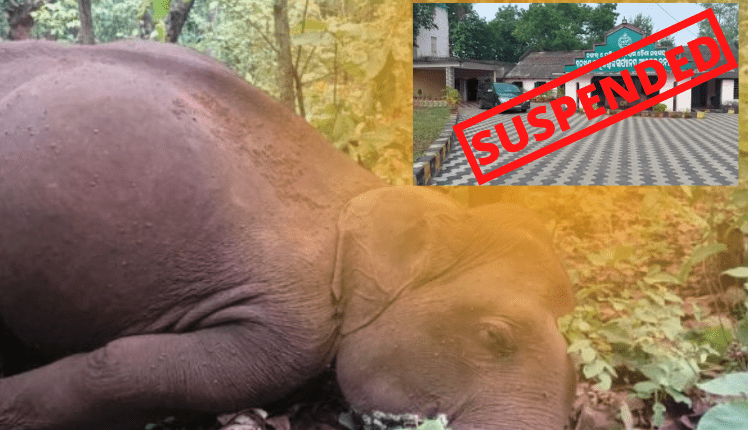 Cuttack: Odisha government has suspended a forest ranger for burying a dead tusker with gunshot wounds secretly at Subasi forest without informing higher-ups in Cuttack’s Athagarh.

The suspended offial has been identified as Aisa Akhtar, a ranger of the Athagarh forest division.

According to government officials, the action has been taken based on the probe report by the Regional Chief Conservator of Forest (RCCF) and the Ranger suspended on charges of suppressing the killing of an elephant in the forest.

The forest officials in Athagarh buried an elephant, who had died of gunshot injuries, secretly at midnight without informing the higher-ups in the department, official sources said.

When the Regional Chief Conservator of Forests (RCCF) learnt about the incident, he launched a probe. He also ordered action against the local staff on the grounds of dereliction of duty. Following the investigation report, ranger Akhtar has been suspended.

As per procedure, if a wild animal is killed by poachers, the matter should first be reported to the higher authorities to facilitate further probing. However, the local staff failed to follow the protocol and secretly buried the carcass at midnight, the RCCF’s preliminary findings revealed.

Elderly Woman, Her Granddaughter Electrocuted To Death In Nabarangpur