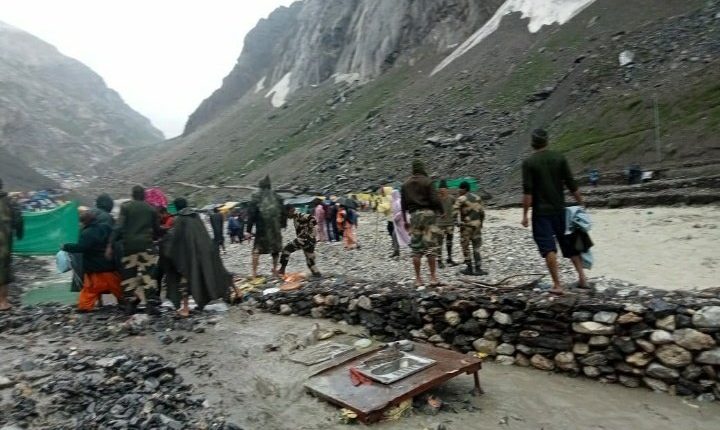 Srinagar: At least ten people were killed due to flash floods triggered by a cloudburst near the Amarnath shrine on Friday. The rescue operation is ongoing. According to preliminary reports, two are missing at present.

The cloudburst took place at around 5:30 PM, resulting in a heavy discharge of water near the cave shrine.

“Some langars and tents have come under cloud burst/flash floods at the holy cave. Two deaths were reported. Rescue operation by police, NDRF and SFs in progress. Injured being airlifted for treatment. Situation under control,” IGP Kashmir said in a tweet.

According to the latest weather forecast, areas such as Pahalgam, Chandanwari, Zoji La, Sheshnag, Poshpatri, Panchtarni and Sangam are expected to receive a spell of rain shower today.

The Amarnath Yatra for this year has been temporarily suspended due to this event.

IMD Predicts Heavy Rainfall For These Districts Of Odisha