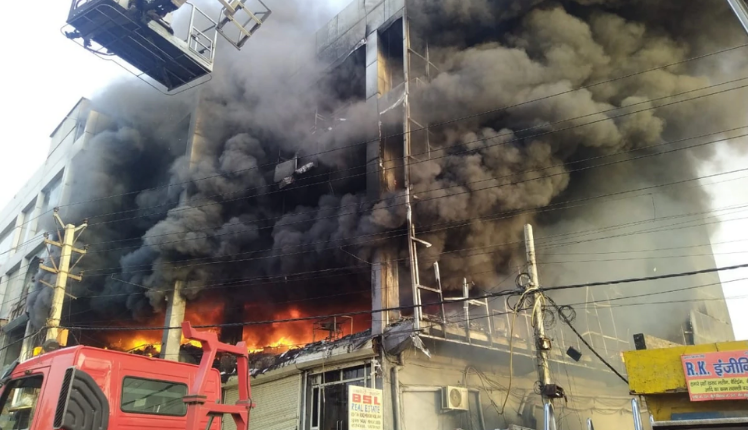 New Delhi: As many as sixteen people died after a massive fire broke out at a building near Mundka metro station on Friday evening.

A total of nine fire brigades were rushed to the spot to control the situation. The incident took place at around 4.45 pm the fire broke out when several people were inside the commercial building.

According to the Delhi Police, people were still trapped in the building as of 10 pm on Friday night.

On preliminary enquiry, it was found that it is a three-story building generally used for providing office space for companies.

When the fire broke out, the local police reached the spot immediately and broke the windows of the office building to rescue those trapped inside.

An ambulance also reached the site of the fire to provide immediate medical assistance to the victims. Those injured were admitted to the hospital.

Around 60-70 persons have been rescued from the building. Meanwhile, the police detained the owner of the company and his antecedents are being examined.

The inferno was yet to be brought under control at the time of filing of this report and the fire fighting operation was still underway.