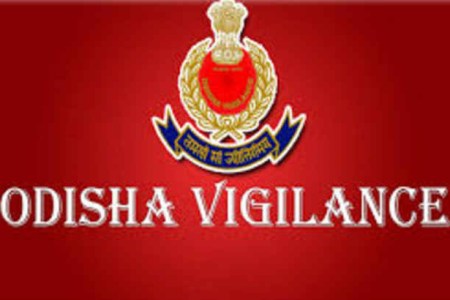 Cuttack: Vigilance sleuths today arrested Assistant Sub-Inspector (ASI) of Madhupatna Police Station in Cuttack on charges of demanding and accepting bribe from a person to settle a loan dispute.

According to a press note from the Office of the Director, Vigilance, Cuttack, the accused ASI of Madhupatna PS, Pranab Kishore Praharaj, was caught red-handed by the Cuttack Vigilance Division officers while demanding and accepting bribe of Rs.20,000 from Sanjib Kumar Behera of Biju Patnaik Chhak in Cuttack in order to settle a loan dispute.

With no other options left, Behera reported the matter to Vigilance and a trap was laid. The Assistant Sub-Inspector was caught near Sarala Bhawan while receiving gratification from the complainant.

The bribe money has been seized from his possession of ASI Praharaj in presence of witnesses and both hand wash of the accused gave positive chemical reaction, confirming acceptance and handling of bribe money, the Vigilance said.

The anti-corruption wing further informed that the ASI has been arrested and his residential quarters at Police Colony in Cuttack is being searched on Disproportionate Asset (DA) angle.

The Cuttack Vigilance PS has registered a case (7/21) under Section & of PC Act. The accused has been forwarded to the court and further investigation is underway, the Vigilance said.