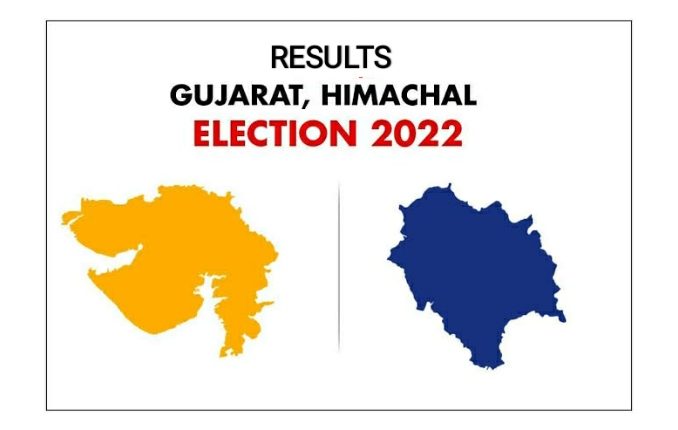 While most of the exit polls have predicted a clear victory for the Bharatiya Janata Party (BJP) in Gujarat and Himachal, it would be interesting to see what voters of these states have decided for the next 5 years since this time the BJP bastion witnessed a three-cornered battle with Aam Aadmi Party (AAP) entering the poll arena.

For the unversed, Gujarat has traditionally been between the BJP and Congress. In the 2017 Gujarat polls, BJP won 99 seats and Congress 77, while two seats went to BTP, one to NCP, and three to independents. Similarly in Himachal, BJP had formed the government in 2017 by securing 44 seats in the 68-member Assembly.

As per the early trends, the Bharatiya Janata Party (BJP) has taken a lead on over 100 seats, crossing the halfway mark of 92 in Gujarat.

With the counting of votes underway, early trends show the Bharatiya Janata Party (BJP) and Congress is a close contest in Himachal Pradesh.

In the hill state, the grand old party, Congress, has marginally surged ahead and has taken a lead on 28 seats out of the total of 68 seats.