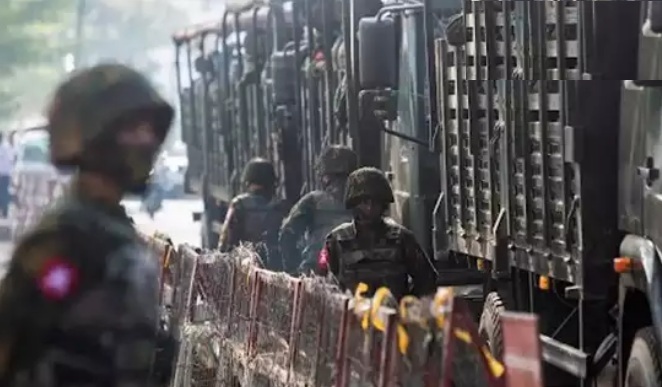 Assam Rifles Commandant, Others Killed In Terror Ambush In Manipur

Imphal: A convoy of the Assam Rifles unit was ambushed by a group of terrorists in Singhat sub-division of Manipur’s Churachandpur district on Saturday.

According to reports, the incident took place at around 10 AM when the Commanding Officer of 46 Assam Rifles, Colonel Viplav Tripathy was returning. Meanwhile, his convoy was ambushed, sources said.

The officer was travelling with his family members and a Quick Reaction Team when the attack happened.

Manipur Chief Minister Nongthombam Biren Singh strongly condemned the ambush and said that such a cowardly act will not leave easily. He will do his best to book the culprits legally.

Strongly condemn the cowardly attack on a convoy of 46 AR which has reportedly killed few personnel including the CO & his family at CCpur today. The State forces & Para military are already on their job to track down the militants. The perpetrators will be brought to justice.

It is inhumane and a terrorist act that should not fade away in silence without any legal action being taken, he added.