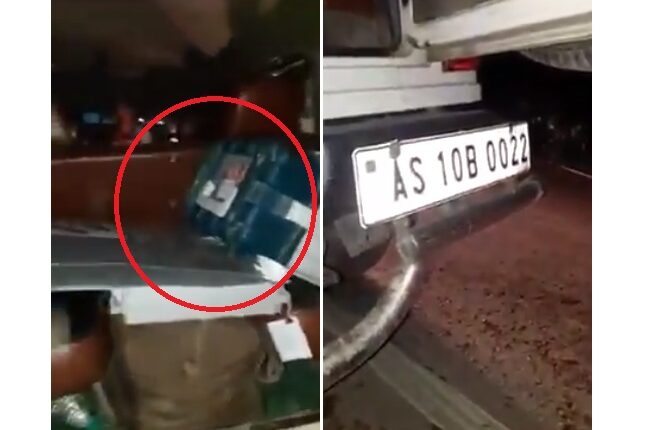 Guwahati: Violence sparked in Assam’s Barak Valley region yesterday after a poll panel team decided to use a private vehicle to transport an electronic voting machine (EVM) at the end of polling.

Reportedly, police resorted to firing blank shots in the air and baton-charging a massive mob, mostly of opposition supporters, which surrounded the car, incidentally belonging to a BJP candidate in Karimganj district.

The EVM is secure as are the election personnel, authorities have said.

A video of the disturbance in Karimganj is being widely shared on social media.

It followed the break-down of the Election Commission-assigned vehicle of a polling team posted in Karimganj’s Ratanari constituency. The presiding officer contacted the sector officer for a replacement vehicle. The polling staff, however, inexplicably took a lift on a private vehicle, which happened to belong to the BJP candidate from Patharkandi constituency.

As the car approached the locality where the strong room is situated, supporters of the opposition identified the vehicle and mobbed it.

This is the only way the BJP can win Assam: by looting EVMs. EVM capturing, like there used to be booth capturing. All under the nose of the Election Commission. Sad day for democracy. #EVM_theft_Assam #AssamAssemblyElection2021 https://t.co/5dmlu67Uui