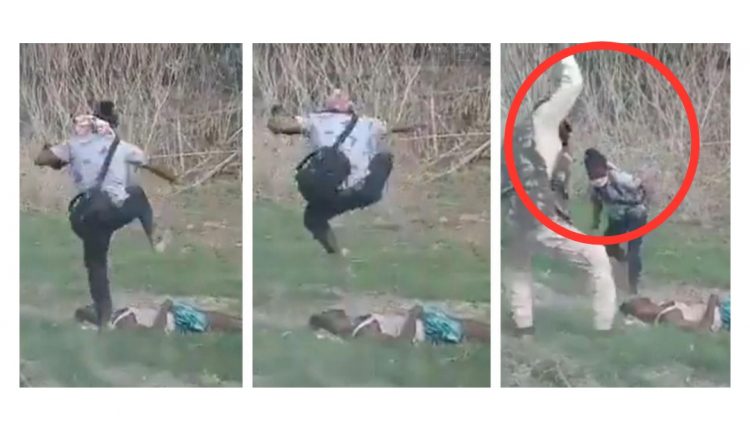 Dispur: Assam Police has arrested the photographer seen assaulting a limp body of an encroacher at Dhalpur, Sipajahar. Viral visuals show that after the police stopped an attacking encroacher with bullets and batons, a photographer, later who was identified as Bijoy Bania jumped on his limp lifeless body. He tried to trampled the body jumping multiple times on it. Some police personnel was also seen attacking the body with lathis.

The heartwrenching visuals took the internet and the world by storm as netizens slammed the photographer along with police and concerned authorities.

The face of evil.

According to reports the photographer Bania was accompanying the police and was allegedly sent by the DC office to document the eviction process. DGP Assam Police Bhaskar Jyoti Mahanta talking to the media informed that the photographer in question has been arrested and a case has been registered. He also informed that an inquiry has been ordered into the whole incident.

Two persons were killed in police firing when a huge crowd obstructed the police and local administration from carrying out a massive eviction drive at Gorukhuti village in Assam’s Darrang district on Thursday morning.

The incident has prompted the Assam government to order a judicial probe into the causes and circumstances leading to the police firing.