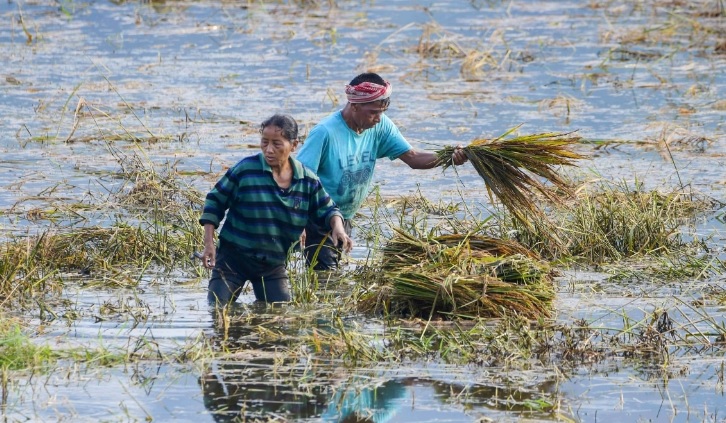 Dispur: Ten more persons, including four children, died in Assam due to flood, taking the overall death toll to 117, according to reports.

While two deaths each were reported from Barpeta, Dhubri, Karimganj and Udalguri districts, Cachar and Morigaon reported one death each.

The floods in Assam have affected 33.03 lakh people in 28 districts, while Silchar town in Cachar district remained submerged for the fifth consecutive day, official sources said.

On Thursday, a population of 45.34 lakh in 30 districts had been affected by the deluge, according to the bulletin of the Assam State Management Disaster Authority (ASDMA). The flood situation in the state improved slightly, as water levels in most of the rivers receded.

Troops of the Spear Corps of the Indian Army continued their rescue and relief operations in Silchar town, which has witnessed massive devastation in the last few days.

On the other hand, the rivers are showing a receding trend, though the Brahmaputra at Dhubri and the Kopili in Nagaon are still flowing above the danger mark.