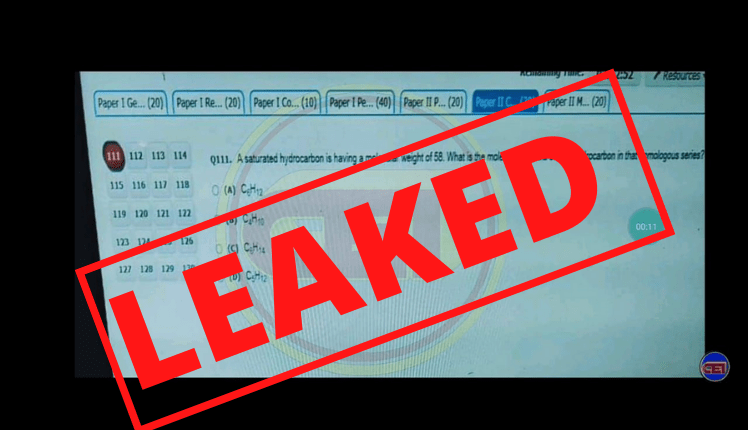 Bhubaneswar: The question paper of the Odisha Trained Graduate Teacher (TGT) exam, which was conducted on Monday by the Directorate of Secondary Education, allegedly leaked on social media.

According to the aspirants, who appeared in the examination in the first sitting of the PCM batch have alleged that question papers of the first batch were leaked and also showed photos of the purported questions which surfaced on social media platforms for half an hour after the commencement of the exam. The viral photos are now doing rounds on social media.

The exam, which was held in online mode, started at 10.00 AM. However, after 20 minutes the photographs were seen circulating online, some candidates alleged.

Meanwhile, the question arises that how a cell phone was taken into the examination hall, using which one of the aspirants allegedly made the question paper viral.

The agitated aspirants have demanded re-examination of the same batch. Till last reports came in, concerned officials were yet to comment on the allegations.

Special Trains Planned To Connect Major Destinations Across The Country

40 Higher Educational Institutions To Be Transformed Under 5T In Phase-I: Naveen