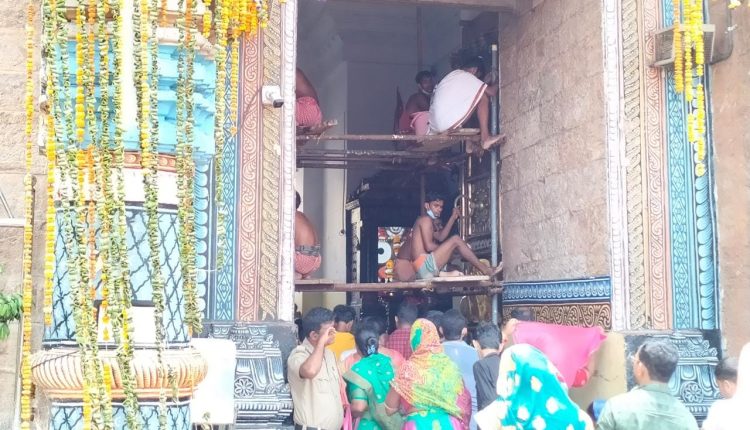 Puri: A technical team of the Archaeological Survey of India (ASI) Sunday reached the Puri Srimandir to inspect the ‘Garbhagruha’ (sanctum sanctorum) of the 12th-century shrine as the three presiding deities are on a nine-day-long sojourn to Gundicha temple on the occasion of Rath Yatra.

“The condition of Jagamohan and Nata Mandap is good and permission has been sought from the ASI DG to install CCTVs because of the security of the Shree Jagannath Temple,” Mallick added.

Every year during the Rath Yatra, the team inspects the sanctum sanctorum and makes the necessary repairs. State of Public Works Department officials, including Ranjana Puskar, a Chemical Engineer were also present during the inspection.

According to reports, the team inspected the structural condition of Garbadgruha. Ventilation, chemical washing of walls and other activities will be carried out at the sanctum sanctorum, the officials said.

In particular, silver plating of Kalahata Gate will be carried out and s special team from Mumbai has arrived in Puri for the same.

“In the presence of the ASI and the technical committee, work will be done inside the temple during the Rath Yatra of the Holy Trinity,” said NC Pal, chairman of the core committee. Also, a review meeting will be held today inside the temple premises.