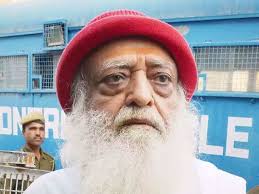 Reportedly, Asaram was initially treated at a jail dispensary but later shifted to the emergency ward of Mahatma Gandhi Hospital in Jodhpur as his health condition deteriorated.

Meanwhile, many of his supporters rushed to the hospital after being informed about his condition.