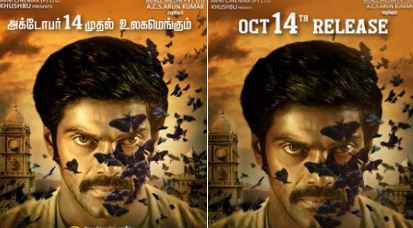 Bengaluru: Raashi Khanna and Arya starrer Aranmanai 3 is all set to hit theatres on 14 October. The makers of the movie took to Twitter to make the announcement along with a new poster of the film.

Aranmanai 3 was supposed to open in cinemas on May 14 however, the second wave of Covid-19 upended the film’s release plans. The trade experts are of the opinion that the upcoming horror-comedy has the potential to bring the crowd back to the box office again.

The boxing film, written and directed by Pa Ranjith, garnered unanimous praise for Arya’s performance making it a milestone film in his career.

Cyclonic Circulation To Trigger Heavy Rainfall In Odisha From Sept 18

Sai Pallavi Gives A Glimpse Of Her ‘Special Family Trip After Ages’;…