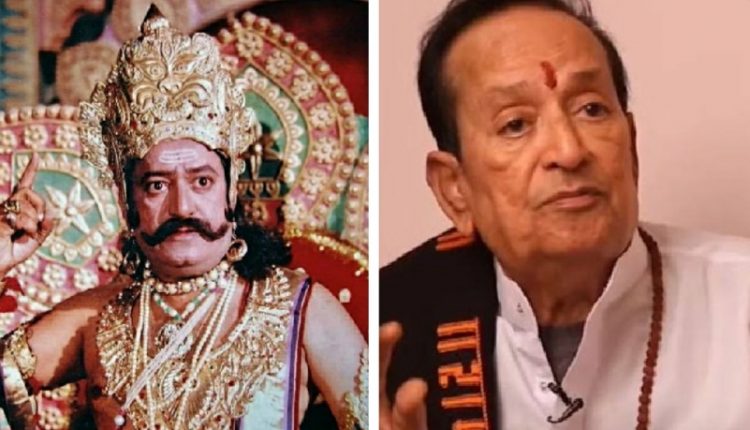 Mumbai: Actor Arvind Trivedi, who is best known for his portrayal of Raavan in Ramayan, passed away on Tuesday night following a heart attack. He was 82.

He was keeping unwell since past few months and last night suffered a heart attack. His nephew Kaustubh Trivedi confirmed his death.

After his death, condolences started pouring in from his colleagues and fans.

Sunil Lahri, who played the role of Lakshman in the same serial said that he lost a father figure and a guide in Arvind Trivedi.

Ramanand Sagar wrote, directed and produced Ramayan. The show, which first aired on Doordarshan in 1987. During the Covid-19 lockdown, Doordarshan had aired the popular Hindu epics Mahabharat and Ramayan across all platforms and topped the ratings, crashing servers.