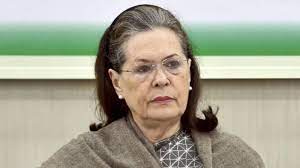 The party had earlier alleged that the leak of information amounts to treason and a thorough probe must be conducted into the matter.

The Congress party has attacked the government over the implementation of the farm laws, such as Farmers’ Produce Trade and Commerce (Promotion and Facilitation) Act, Farmers (Empowerment and Protection) Agreement on Price Assurance and Farm Services Act, and the Essential Commodities (Amendment) Act.

The talks between the government and farmers have remained inconclusive after several rounds of discussion.