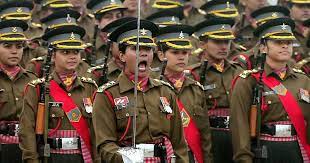 New Delhi: The Supreme Court on Thursday ordered the Central government to allow permanent commission (PC) to women officers in the Indian Army and Navy subject to disciplinary and vigilance clearance.

The medical fitness requirement for women to get Permanent Commission in the Army is “arbitrary” and “irrational”, the top court said.

The apex court said, “We allow these petitions with a number of directions. Officers will be considered for permanent commission subject to disciplinary and vigilance clearance.”

“This shall continue and they shall avail all benefits,” it further said, disposing off the writ petition.

The court also noted that trials and tribulations of army life become more difficult when society gives women the responsibility of child care and domestic work too.

The Supreme Court was hearing a batch of petitions filed by 80 women officers for Permanent Commission in the Indian Army and Navy, seeking a direction that contempt proceedings be initiated against those who had allegedly failed in their duty to comply with the top court’s earlier judgment.

In February 2020, the Supreme Court allowed women officers in the Army to be eligible for command positions on par with male officers, asserting that the government’s arguments against it were “discriminatory”, “disturbing,” and based on stereotype. The court also said Permanent Commission would be available to all women, regardless of their years of service.

COVID Situation In Odisha Is Better As Compared To Other States: ILS Director