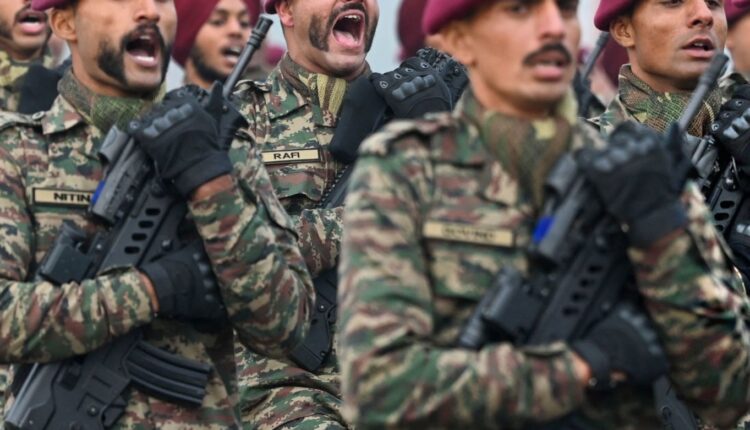 New Delhi: This Republic Day parade would showcase the old and the new era of the Indian Army in terms of uniforms and weapons.

These include the first uniform worn in the 1950s, 1960s, 1970s, the present-day olive greens and the new combat uniform unveiled at the Army Day parade this year while the Beating Retreat ceremony would see the inclusion of a laser mapping and drone show.

Troops from Jammu and Kashmir Light Infantry (JAKLI) will be in the uniform from 1970 along with the 7.62 mm rifle

Troops from Sikh Light Infantry (SIKHLI) and Army Ordnance will don the present day olive green along with the INSAS rifles.

The new combat uniform unveiled at the Army Day parade 2022 will be worn by the Parachute regiment troops who be carry the Tavor rifle.