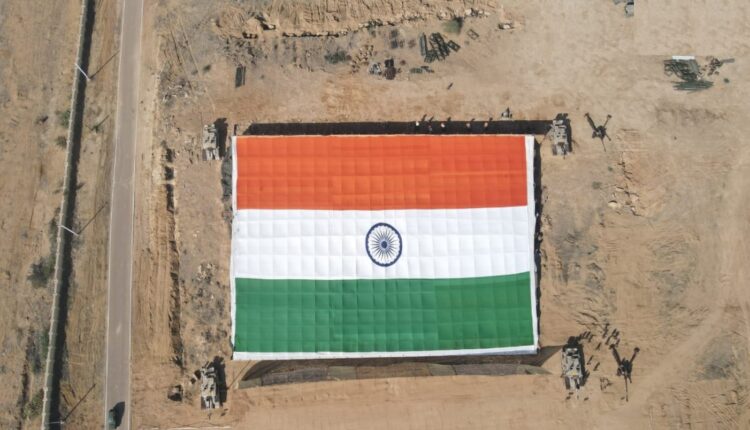 New Delhi: The ‘Monumental National Flag’, world’s largest national flag made from Khadi, was displayed in Rajasthan’s Jaisalmer today on the occasion of 74th Army Day.

The Khadi tricolour was displayed along the India-Pakistan border at Longewala, in the western part of Jaisalmer district.

Longewala was the site of the iconic Battle of Longewala in 1971, which was fought during that year’s war between the two neighbours.

This public display in Longewala, will be the fifth such show of the flag, which was inaugurated in Leh last year on the occasion of Gandhi Jayanti.

The flag is 225 feet long, 150 feet wide and weighs around 1400 kilogram, while the Ashoka Chakra in the centre has a diameter of 30 feet.