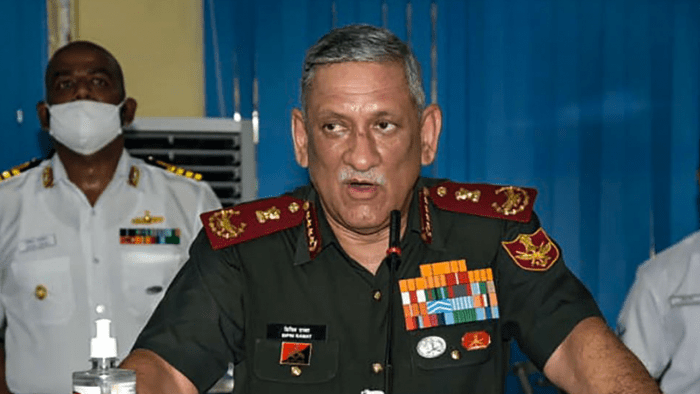 Chennai: Chief of Defence Staff Gen Bipin Rawat’s condition is said to be critical after an army helicopter carrying senior defence officials has crashed in the Nilgiri district of Tamil Nadu on Wednesday.

CDS Rawat is currently undergoing treatment at a military hospital in Wellington.  Besides Rawat, a total of 14 people including his staff and some family members were present in the Mi-series chopper.

Meanwhile, an Inquiry has been ordered by the Indian Air Force to ascertain the cause of the accident. Of the 14, eleven people have been confirmed dead in the incident.

He was on board an IAG chopper that crashed near Coonoor in Tamil Nadu this afternoon. The mishap happened at the Nanjappanchathiram area amid heavy mist and early visuals showed the helicopter in flames.

Defence Minister Rajnath Singh has left for Coonoor soon. He will also speak in Parliament over the incident. Tamil Nadu Chief Minister MK Stalin to move Coimbatore from Chennai Airport today evening and then move to Nilgiris, following the incident of military chopper crash.