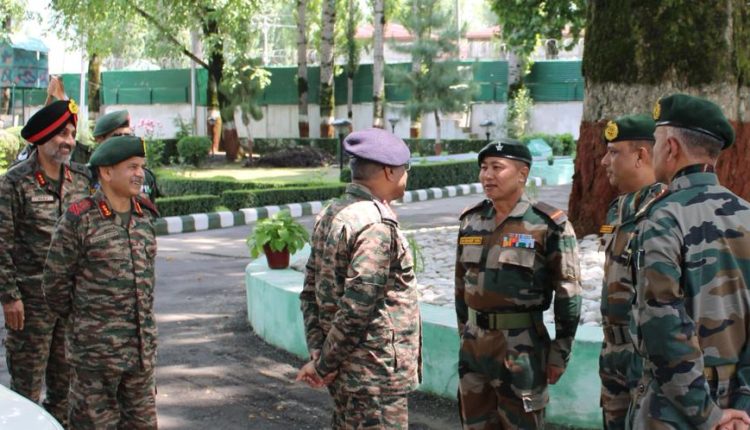 New Delhi: Chief of Army Staff (COAS) General Manoj Pande is on a two-day visit to Kashmir. The COAS is on his maiden visit to Kashmir after taking over as the Chief of the Indian Army. He arrived at Srinagar on 21 May 2022.

On arrival, the Army Chief, accompanied by Lt Gen Upendra Dwivedi, Northern Army Commander and Lt Gen ADS Aujla, Chinar Corps Commander proceeded to undertake a first-hand assessment of formations along the Line of Control (LC) in North Kashmir. The COAS was briefed on the security situation and operational preparedness. The Formation Commanders also briefed the COAS on the existing Ceasefire Agreement on the LC, development works on field fortifications, counter infiltration grid, operational preparedness and Army-citizen connect in border areas. The Army Chief, while interacting with Formation Commanders, laid special emphasis on being vigilant and maintaining the sanctity of the Line of Control. During his interaction with the troops, the COAS complimented them for their high morale and professional competence.

On his arrival at Chinar Corps HQ, the COAS was briefed by Lt Gen ADS Aujla, GOC Chinar Corps, on the overall security situation prevalent along the Line of Control and hinterland. The COAS highlighted that it was the dawn of a new era of development, peace and prosperity in Kashmir and applauded Chinar Corps for their high level of morale and contribution to peace building in J&K.

The Army Chief complimented the excellent synergy exhibited by all sections of the Civil administration, Jammu and Kashmir Police, Central Armed Police Forces and other Security agencies in projecting a ‘Whole of Government’ approach that has resulted in improvement in the security situation conducive for fostering a new era of development in the UT.