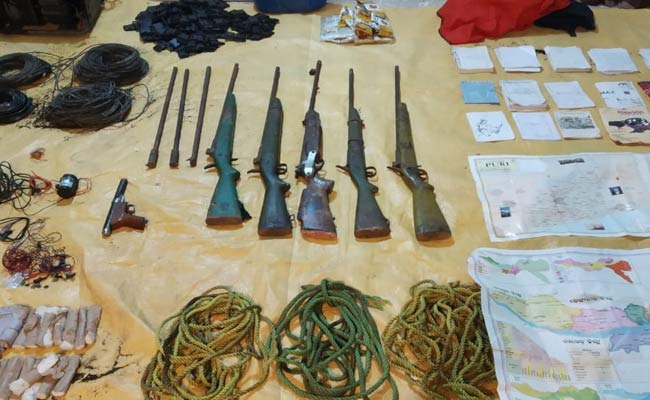 Besides, they also seized a huge cache of arms and ammunition.

Acting on a tip-off, CRPF personnel launched a combing operation in the forest following which they traced the Maoist camp. Later, they seized five rifles, one pistol, 33 detonators, three rifle barrels and other incriminating materials being used by the Maoists.