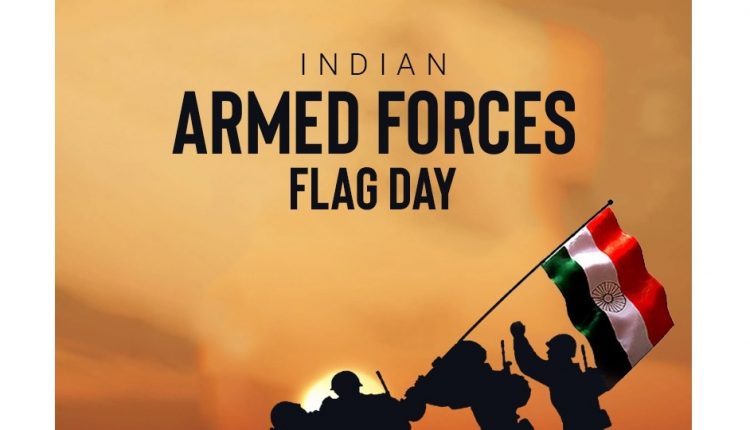 New Delhi: Every year on December 7, the Armed Forces Flag Day or Flag Day of India is marked throughout the nation.

The day has been observed across the country to honour the martyrs and soldiers in uniform who have heroically fought and continue to fight on our borders to protect the country’s honour.

We must not forget that numerous troops of the Armed Forces have died in the service of the country.

Immediately after India achieved independence, a need arose for the government to manage the welfare of its defence personnel. On August 28, 1949, a committee set up under the defence minister decided to observe a Flag Day annually on December 7.

The idea behind observing a Flag Day was to distribute small flags to the general population and in return collect donations. Flag Day gains more significance as it considers that it is the responsibility of the civilian population of India to take care of the families and dependents of the armed forces personnel who fight for the country.