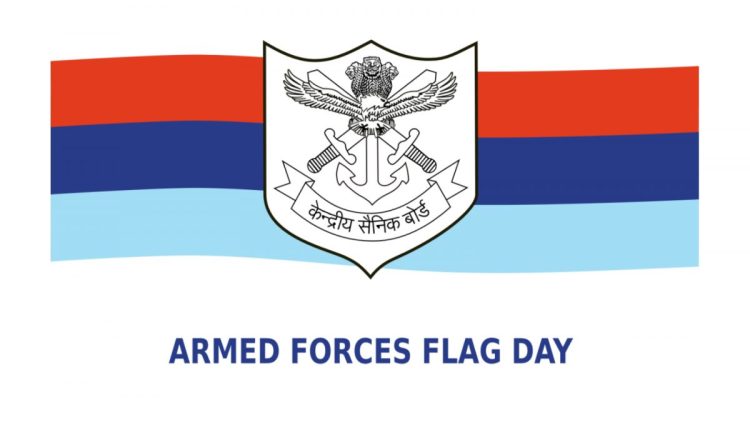 New Delhi: Armed Forces Flag Day is observed on December 7 to honour the martyrs, veterans, and serving personnel of the Indian military. The day has been marked every year since 1949 to celebrate the valiant efforts undertaken by military personnel to safeguard the country’s borders and raise funds to ensure their and their family’s well-being.

This day is observed to encourage public engagement and support across the country for the following goals:

To provide rehabilitative assistance to the relatives of war victims.

To take initiatives to safeguard the well-being of service members and their families.

To assist former service veterans and their families with their welfare and resettlement.

On this day, the Indian Armed Units, comprising the Indian Army, Indian Air Force, and Indian Navy, organise a variety of activities to highlight the achievements of our army forces and personnel. The general public participates in the day’s celebrations by signing up as volunteers and assisting with the collection of cash, stickers, and other goods. Many patriotic activities are planned to promote public involvement and to recognise the contributions of the country’s armed services.

The money collection is managed by the local branches of the Kendriya Sainik Board in India, which is a subsidiary of the Ministry of Defense. It is overseen by the governing committee, and both official and unauthorised voluntary organisations keep a watch on it.