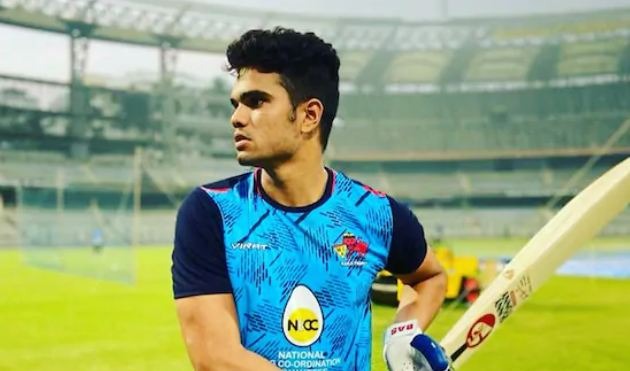 Mumbai: Arjun Tendulkar, son of the legendary Sachin Tendulkar, went to Mumbai Indians at the IPL 2021 auction for his base price of Rs. 20 lakh. Arjun’s was the last name to come up in the auction and Mumbai Indians were the only team to bid for the 21-year-old as he was taken in by the team his father had once played for.

It makes the Tendulkars the first father-son duo to be part of the IPL. Sachin played for MI for six seasons and after that moved into a mentor role for the five-time champions and is now an icon for the franchise.

Arjun made his debut for Mumbai during last month’s Syed Mushtaq Ali Trophy. He figured in two matches during the tournament, picking a single wicket in each match. The 21-year-old left-arm pacer is also a capable lower-order bat.

Meanwhile on Twitter, many appeared to be critical of Tendulkar junior’s selection. But while Mumbai Indians faced flak, there were a few who supported Tendulkar.