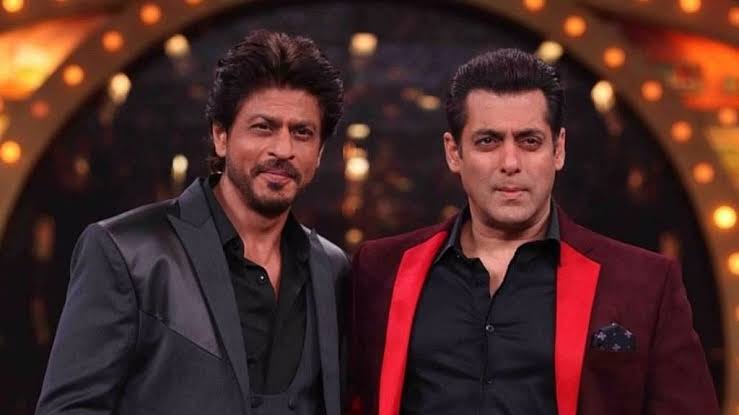 The actors will be surprising their fans by making cameos in each other’s upcoming movies – Pathaan and Tiger 3.

Recently, a media report stated that Salman and SRK are all set to team up for a film written by Aditya Chopra of Yash Raj Films. However, a trade source has revealed that the only YRF project SRK and Salman have together for now is the Pathaan and Tiger crossover.

Recently, the ‘Chak De India’ actor had a live session on his Instagram, where he stated, “it’s never a working experience with Salman, it’s always a love experience, happy experience and love experience”. Senior film critic and trade analyst, Taran Aadarsh, on Twitter, shared the speculation about the collaboration of two Bollywood biggies in Yash Raj Films Biggest Project. Official confirmation from the makers about the action thriller film is still awaited.

The Don actor will be seen in a guest appearance role in Salman-Katrina’s Tiger 3, whereas the Bajrangi Bhaijaan actor will be having a special cameo in ‘Pathaan’ starring Shah Rukh, Deepika Padukone and John Abraham, both these projects are part of Yash Raj’s spy universe.