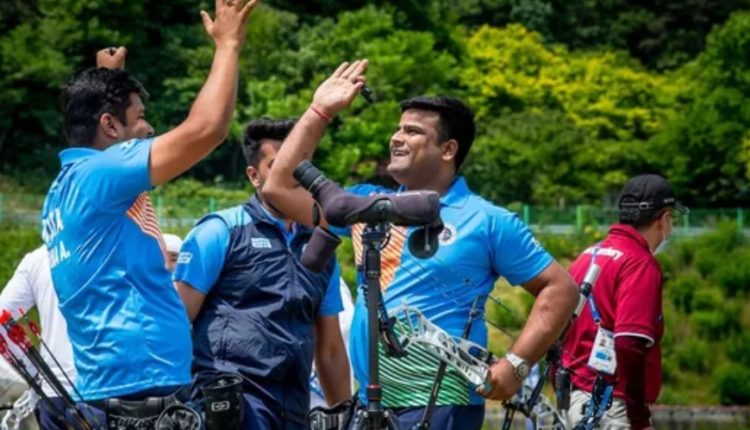 In a repeat of the Stage 1 final, the fourth-seeded men’s team, comprising Abhishek Verma, Aman Saini and Rajat Chauhan, found itself trailing against its sixth-seed rivals in the first two ends.

But riding on an immaculate finish in the third end the trio sealed a 232-230 win over its French counterparts Adrien Gontier, Jean Philippe Boulch and Qentin Baraer to win the World Cup Stage 2 gold.

In the last World Cup final at Antalya in April, the same Indian trio had defeated France by one-point.