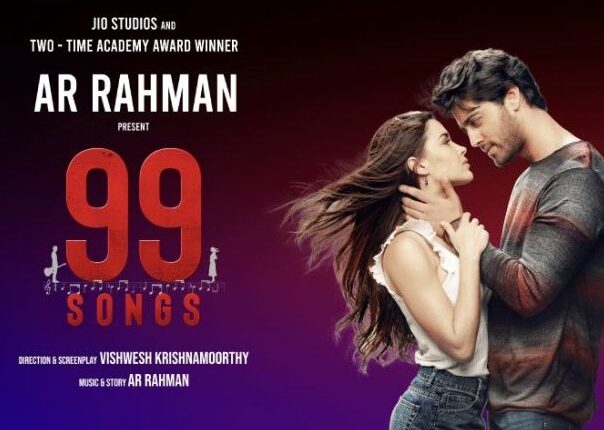 Mumbai: Composer AR Rahman’s debut project as a film producer, 99 Songs, will have its digital premiere on May 21. The Oscar-winning composer tweeted the news on Wednesday evening.

“Here’s the announcement that will lighten your mood. #99Songs will stream on Netflix,” announced Rahman in a short and sweet message on his verified Twitter account, @arrahman.

The film, which is co-written and produced by the award-winning composer, will begin streaming on Netflix and Jio Cinema from May 21 onwards. It will be available in Hindi, Telugu and Tamil.

Besides writing and producing 99 Songs, Rahman also composed music for the film.

99 Songs marked the silver screen debut of Ehan Bhat and Edilsy Vargas. Directed by Vishwesh Krishnamoorthy, the movie follows the journey of a young man named Jay whose life centres around his two great loves: music and his girlfriend Sophie. All is well until Jay’s love for music is challenged by Sophie’s father.

Man Held For Duping On The Pretext Of Cheap Land Deals